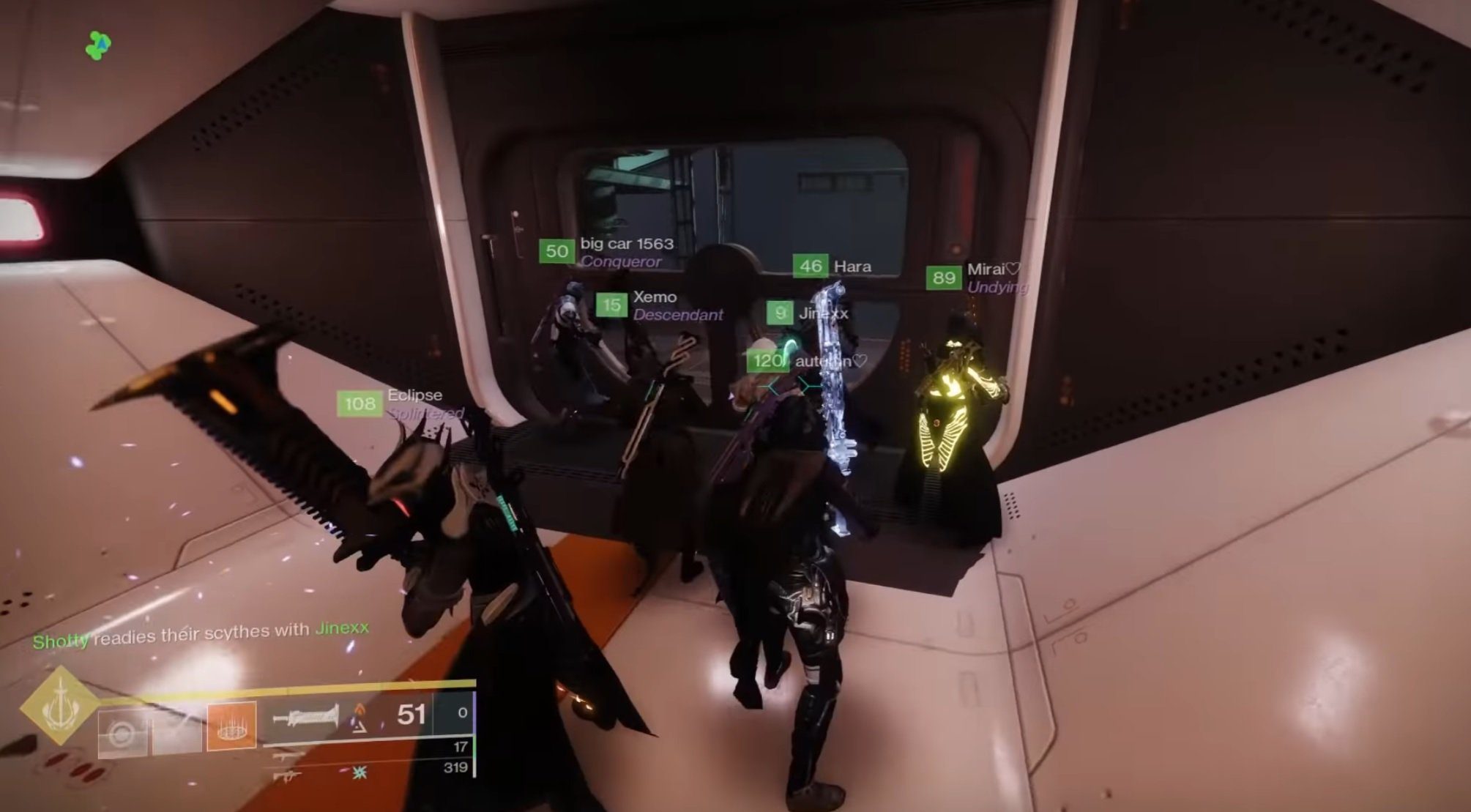 [Update: And it’s gone! It took roughly two weeks, but Bungie has put an end to the fun, as evidenced by the latest patch notes. Here’s the rub: “Fixed an issue where players were able to cram 12 people into activity that clearly couldn’t handle the might of that many Guardians.” It makes sense, but it was cool while it lasted!]

Interestingly, people are breaking Destiny again to make it more fun. Expect the police to arrive any day now!

As spotted by PC Gamer, folks have been forcing 12 players into Destiny 2 raids, which are normally six-player affairs. The gist? You form two fireteams (groups), one with five players on it, another with seven. Then you do some trickery with the invite/chat system and launch an activity; right as the timer hits two, you load both in at once.

So there’s a bit of history around this. Scrub, the YouTube channel embedded below, perhaps showcases the effect the best in a very short video. But the trick was allegedly discovered by ChildCelebrity on Twitter, then popularized by this group in the Last Wish raid on February 26. Before that, it was only whispered about in some circles. It’s gone viral now.

So it’s been nearly a week since the playerbase has been engaging in these “extra player” raids, and the development team is aware of it. There has been no formal announcement on what a fix might entail or when it’s coming.