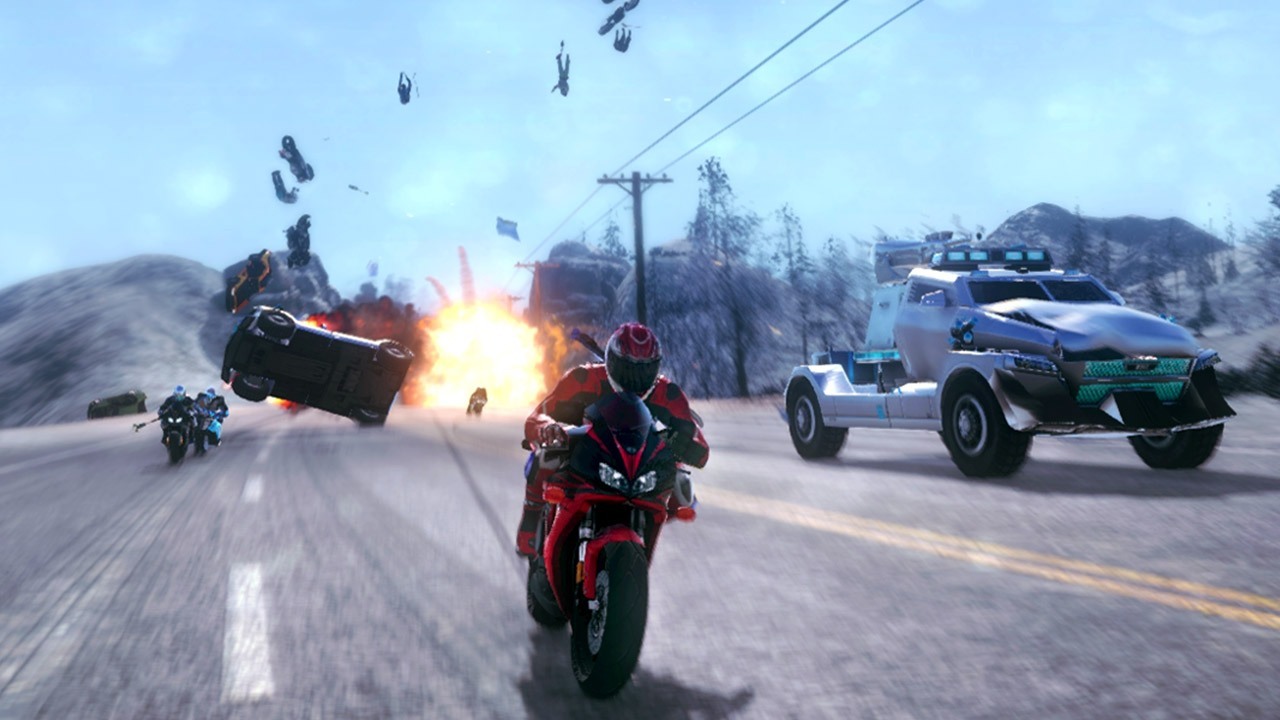 [UPDATE: Pixel Dash Studios, who developed Road Redemption alongside EQ-Games, have reached out to us and would like it made known that Pixel Dash have nothing to do with the development of any potential X-Rated version of the game.]

Road Redemption is a pretty rad game, but I always felt it was missing something. With all the bloody carnage and decapitated cops, how am I supposed to fully tickle the reptilian side of my brain without some boobs? Why can’t I play as a guy hanging dong, his glorious rod flapping in the breeze? Soon, my dreams will come true.

Nutaku, the crowdfunding adult game website, is helping developer EQ-Games publish an X-rated version of their Road Rash revival. This all came about from a $10 million initiative Nutaku is taking to reach out to smaller studios and make low brow versions of their games. Speaking to PC Gamer, Mark Antoon (President of Nutaku) said, “We approached them, we funded them to create an adult version of it.”

Whether this will be an update for previous owners or require a new purchase hasn’t been clarified, but I love the idea of taking something with a grindhouse appeal and doubling down on the absurdity. I’m not quite sure how motorcycle brawls fit in with sexy time, but the end result should certainly be explosive.