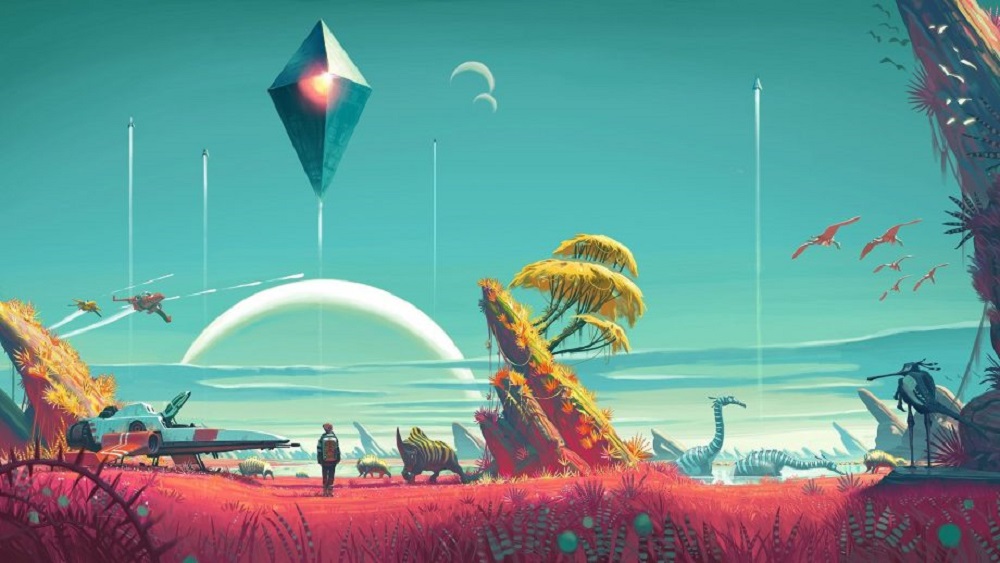 [Update: Following on from yesterday’s leaked trailer. Hello Games has announced that the latest update to No Man’s Sky, Visions, will launch today, November 22, across all formats. For further details, check out the official site right here.]

Due to some sneaking chicanery on YouTube, fans of Hello Games’ interplanetary explorer No Man’s Sky have discovered an unlisted trailer, revealing the next major update for the sci-fi title.

Visions, as the new content is titled, will add another huge selection of planets, biomes, flora and fauna to NMS’ ever-expanding world. While details pertaining to the next update are obviously tied only to this video, the scope of the expansion appears to be comparable to the recently released Abyss.

Procedurally-generated crash sites will allow not only for the salvaging of scrap and resources, but also for archaeological digs, enabling players to possibly discover the remains of long-lost species and civilisations. Alongside these features, players should expect new emotes, building materials and Community Missions.

Assuming it hasn’t been removed, you can check out the leaked trailer below. The content looks pretty good, as NMS continues to build upon its rocky start to create a genuinely interesting interstellar experience. No Man’s Sky is available now on PS4, PC and Xbox One.