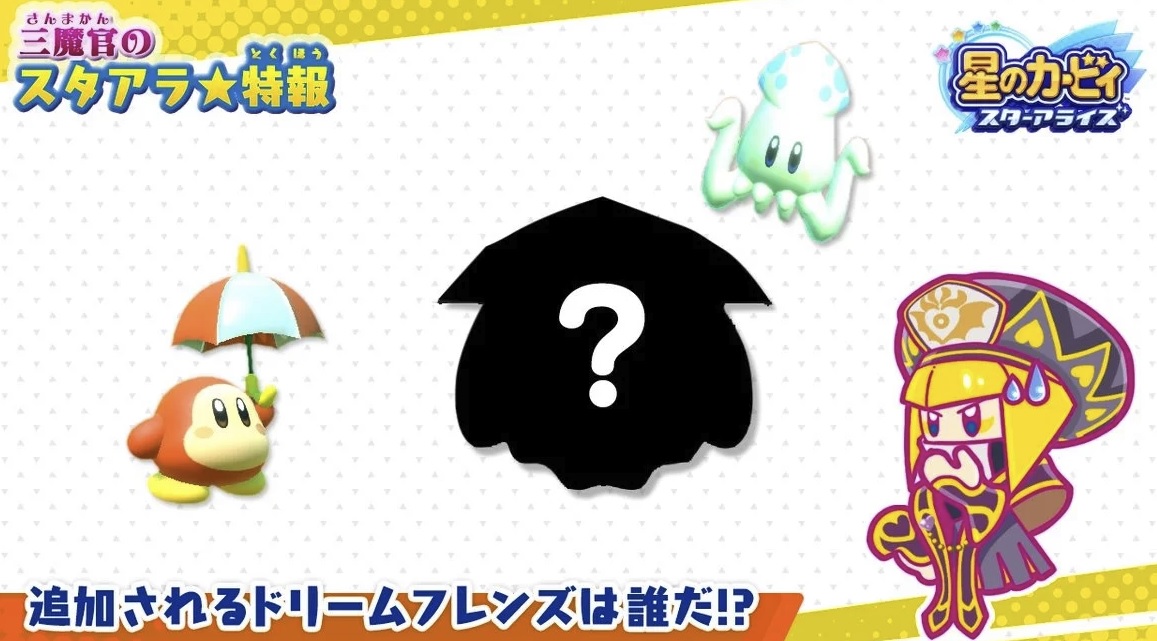 [Update: The second wave is now confirmed by Nintendo.]

Kirby Star Allies is a short romp, like most Kirby games, but the meat is in its ability to entice you with multiple playthroughs. That’s a lot easier to get on board with given that Nintendo is doling out free post-launch DLC, giving us iconic characters from the series to play with.

That includes an upcoming new batch, found in what’s being called “Wave 2” of the free DLC, which was just teased on Twitter. It could be something completely out of left field, or it could be a character from this datamined list a while back.

Speculate away! I’m jazzed to go through it yet again once this wave is finished.