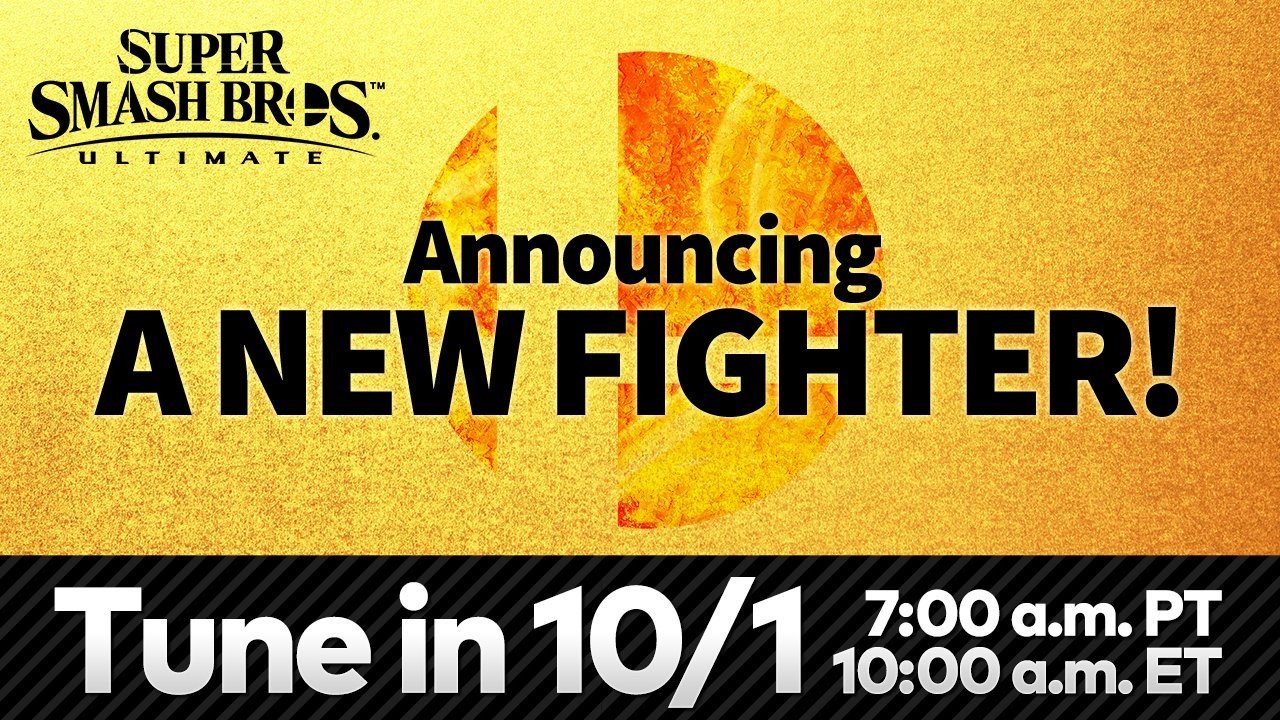 Thanks random retail advertisement! You were right.

As fans speculated, a retailer display that showcased the Super Smash Bros. Ultimate Fighter’s Pass had an interesting proviso: it would be changed out on October 4 for a new leaflet. Hey! That could mean an imminent Smash DLC reveal. And so it is.

This morning Nintendo spilled the beans and gave us a heads-up for yet another surprise “Direct-like” stream: they will announce the next DLC fighter on October 1 at 10AM ET. Typically, this involves Sakurai giving us a dramatic reveal trailer, followed by in-depth gameplay footage and developer commentary. This video will allegedly be “three minutes long, followed by a brief message from Sakurai.”

As Sakurai showed off back when Min-Min was announced, he has a full setup to ‘cast from his home, so everything should be good to go. As far as a release date goes, Smash DLC typically is released a week-ish away from the reveal. So the new fighter could enter the fray as soon as October 8.

I hope it’s not another Fire Emblem character! Just joking, I won’t jinx it.