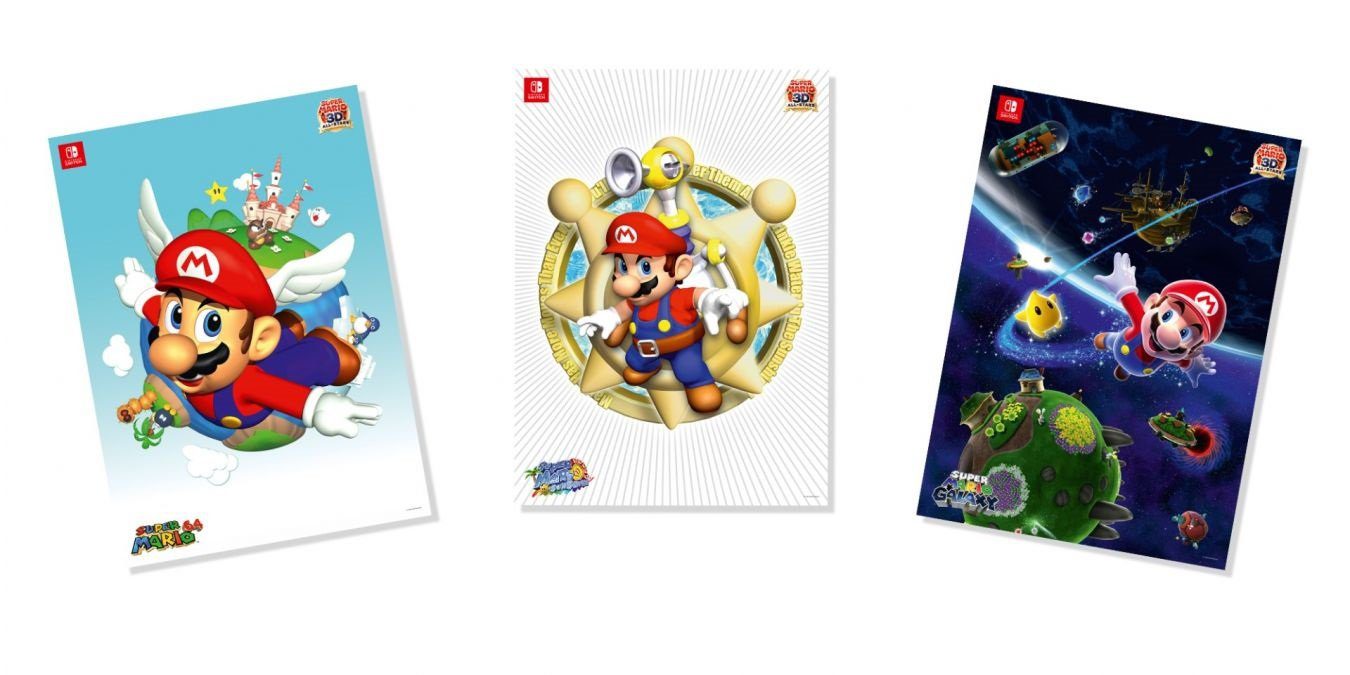 A set of three + shipping

[Update: The poster reward (with different designs) is now live for the US My Nintendo store, where it’s going for 800 Platinum Points. There’s also a Mario Zipper Case for 800 points, an Origami King origami set for 400, an Origami King postcard set for 300 and a Mario Kart Live: Home Circuit ID holder and lanyard for 800.

As a note, three out of four of the recent Animal Crossing rewards are still in stock. It’s entirely possible that a few of these might sell out, but there’s also a chance a few of these could remain in stock until you can get the points for them. Remember to grab 100 Platinum Points with our guide!]

Nintendo is going hog-wild with physical My Nintendo rewards now, offering up several new goodies that can be acquired with Platinum Points: funny money that can be earned through various means and website challenges.

Today, a new reward hit My Nintendo, but only in the UK: a triple-poster set featured around Super Mario 3D All-Stars. In other words, you get one poster each of Mario 64, Mario Sunshine and Mario Galaxy, based off of the box art. They’re printed on 170g/m paper, sized at 70 x 50cm each. Nintendo calls this a “limited-time offer,” which is likely a true statement, as My Nintendo products have the propensity to sell out in under 24 hours.

Note that you just need to pay with 300 Platinum Points plus shipping. If you’ve never done this before, you basically just log in, exchange your points, and you’ll be granted a code. Use that code on the Nintendo Store to get the item for free, at which point you’ll need to fork over for shipping costs (estimated at £6.25 for the UK and other select European countries).

As of right now they are not offered on the US My Nintendo site. We’ll let you know if that changes.