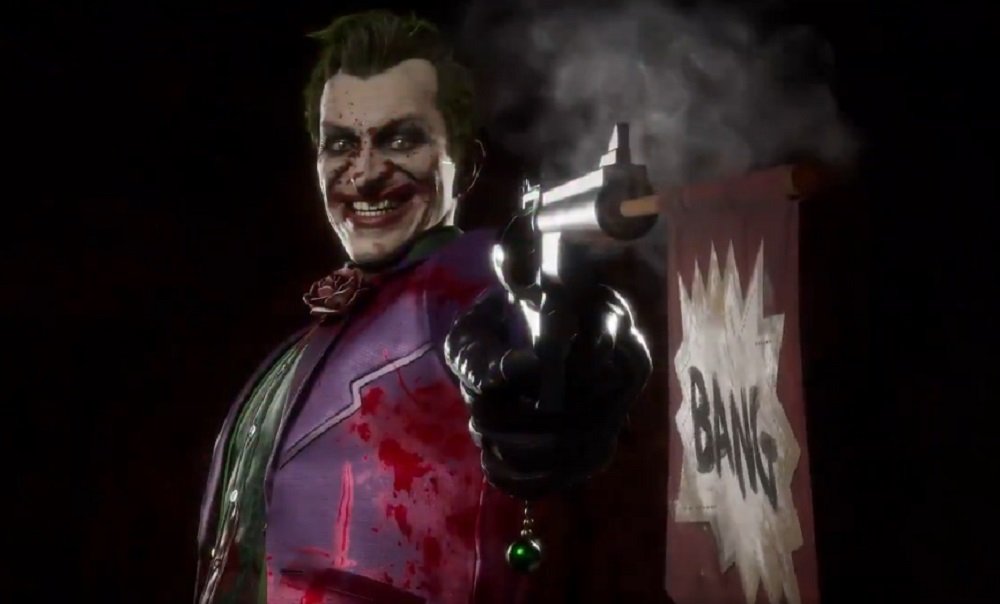 [Update: Alongside Joker’s launch, new DC villain-themed skins will be made available for several characters. These include Baraka as Killer Croc, Kitana as Catwoman, Noob Saibot as The Batman Who Laughs and, brilliantly, Geras as Darkseid. You can check out the new skins in the gallery below.]

NetherRealm Studios has released the gameplay trailer for the fifth DLC character for its violent fighter Mortal Kombat 11. Taking a step away from regular MK cast members, the next kombatant is none other than DC Comics’ Clown Prince of Crime himself, Joker.

Known for his ruthless, homicidal behaviour, psychopathic sense of humour, and 11 Academy Award nominations, Joker will bring bringing his own unique blend of comedy and extreme violence to the Mortal Kombat universe. This is not the happy chappie’s first rodeo either, as Joker tangled with the MK previously in 2008’s Mortal Kombat vs. DC Universe.

For me, this trailer is a mixed bag. Joker’s moveset looks wild, really creative and very entertaining, but his body animation is so rigid, particularly in his walk cycle and head/neck movement. It looks like players will be able to get a little crazy with his over the top projectiles and other special attacks.

While some fans may groan at the inclusion of yet another off-universe guest star, the fact remains that this is where the moolah is. Guest characters have proven, time and again, to be the most financially successful additions to fighting game rosters, and thus will not be going away anytime soon. The final character to arrive as part of MK 11‘s initial run of DLC characters will be comic-book avenger Spawn, who joins the battle on March 17.

Joker will be made available for Kombat Pass owners on January 28, before launching officially on February 4. Mortal Kombat 11 is available now on PS4, PC, Xbox One and Nintendo Switch.