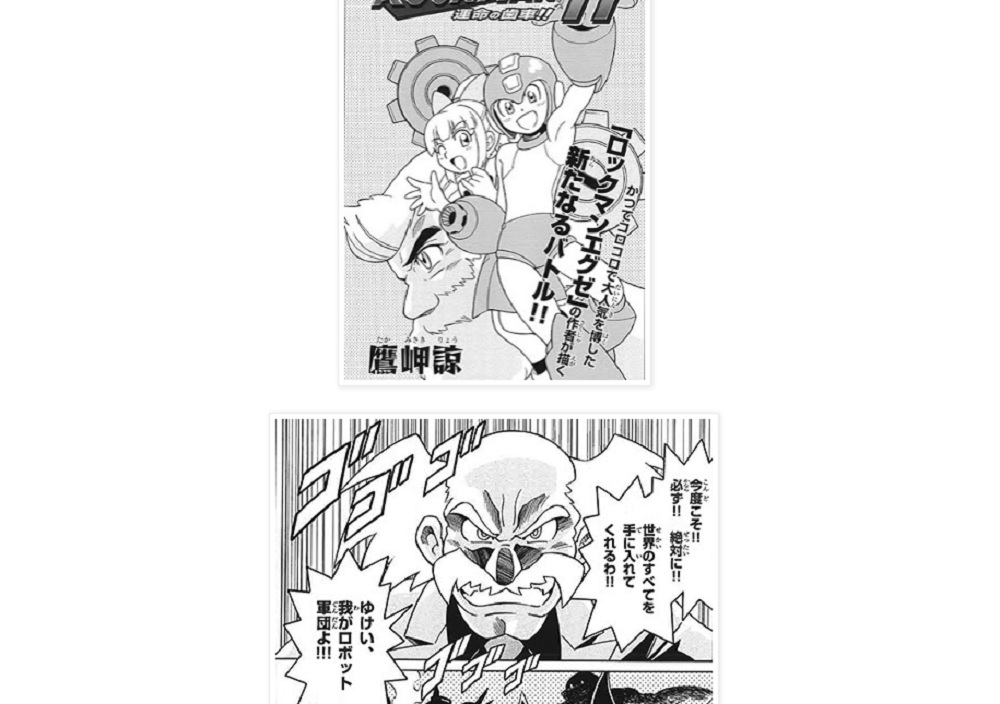 [Update: As Rockman Corner points out the issue is now on sale at newsstands in Japan and on Amazon JP as an import. At the latter marketplace it’ll run you roughly $15 with shipping.]

Mega Man 11 is getting yet another tie-in/lead-in for its release, as CoroCoro Aniki magazine will be publishing a one-shot (read: one-off) manga story for the new entry, illustrated by the same person who wrote and drew the Mega Man EXE manga series.

It’ll be 26 pages long and will presumably deal with the setup for the game given the preview panels provided, which shows Dr. Wily looming over his evil Robot Master army. As astute fans have pointed out this is one of our first real looks at “Acid Man” and “Tundra Man,” bosses that haven’t been fully revealed yet and whose names are only rumored.

As a bit of clarification, CoroCoro Aniki is actually a sister mag of CoroCoro proper, and it’s only published quarterly. If you’re going to do your import thing make sure you’re grabbing the right copy! It’ll be available starting September 15 for 667 yen (roughly $6), so barring shipping you shouldn’t run into too much trouble.