The above video has just been released with the following description:

First of all, we apologize for giving you hopes to see Medievil and Sir Dan Fortesque in PS4, we didn´t try to piss nobody off or to make neogaf or other gaming sites our victims. We can´t deny that we have fun making it, but it was made out of love for this and other characters from great franchises. We try to catch Sony´s attention and make them understand that lots of people loves this old IPs, and we couldn´t imagine that the response will be so overwhelming. Take this as a wake up call and a mere and humble request to bring them back.

So you can all go home now, nothing to see here; MediEvil remains dead and buried.

[Update #2] The tweets suggesting the images are fake have since been deleted, and so it still remains unclear as to whether the leak is legitimate or not. When contacting the leaker for clarification, this is the reply we received: 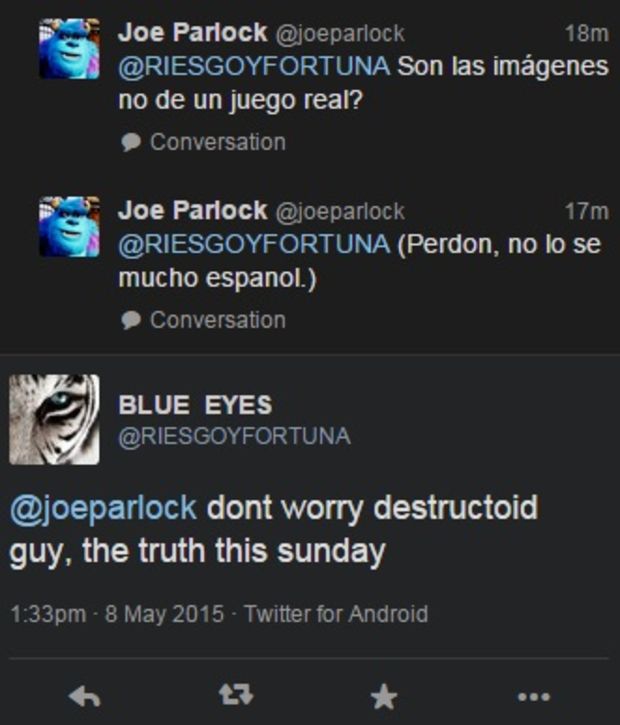 [Update] This was unfortunately confirmed fake on Twitter a few hours after our story was published. 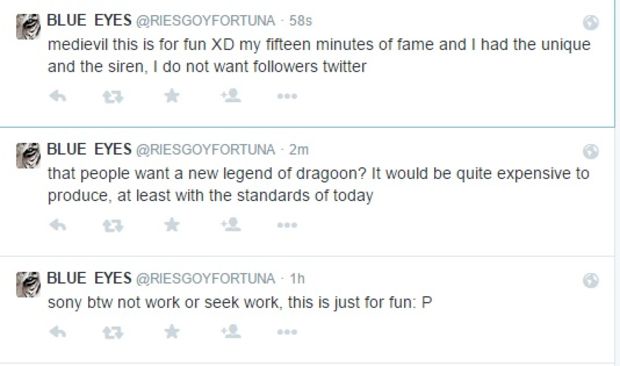 [Original Story] Hold on to your aching heart after reading that title, because we still don’t know if this is totally real yet. But screenshots and a very short (and now private) video clip that suggest Sony might be prepping up for a MediEvil revival have appeared on Twitter from the user @RIESGOYFORTUNA, or BLUE_EYES.

And here’s a more detailed version of one of those pictures: 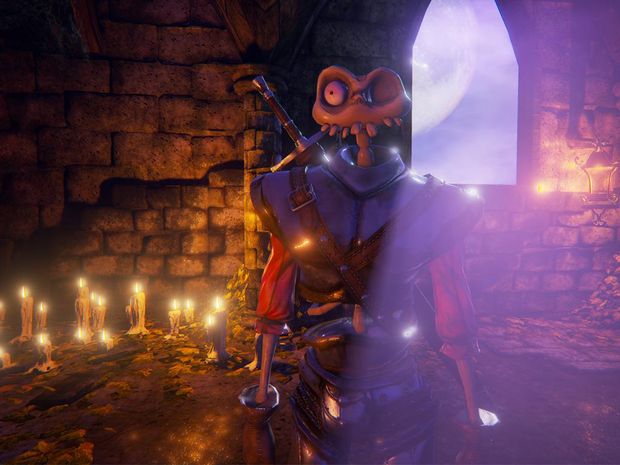 NeoGAF has linked BLUE_EYES with the leak of Shadow of the Colossus on forums way back in 2003, which only increases the legitimacy of the claims here with both being Sony exclusives. I mean it looks real to me, but there are people who really want to see Sir Daniel Fortesque return, and so a fake isn’t entirely out of the question.

Sony hasn’t touched MediEvil since Resurrection for the PSP in 2005, with the last console release being MediEvil 2 in 2000. So maybe it’s time for the undead to rise? We’ll know for sure come E3, which is when BLUE_EYES is suggesting the real announcement will be made.