[Update: After sitting on the listings for two months, Sega has finally confirmed the double-packs officially. They are: Team Sonic Racing + Sonic Mania and Sonic Forces + Monkey Ball: Banana Blitz HD. They’re out today for $39.99 each and you can find images for them below.]

Sega loves to bundle all their games together from time to time: bonus points of a bunch of Sonic titles are headlining it!

While I miss the days of rampant economical collections (sometimes we still get them!), double-packs are alive and well, as evidenced by a new Amazon listing from Sega. Simply titled Sonic Mania + Team Sonic Racing Double Pack, the Switch bundle is a physical release for both of the aforementioned games in one SKU. The retail price? $39.99.

As a note: this isn’t a horrible deal, especially for hardcore collectors. Sonic Mania and Team Sonic Racing will run you around $35 each for new physical copies on Switch. Digitally, Sonic Mania is $19.99 on the eShop, with Team Sonic Racing clocking in at $39.99. At the worst, this bundle could drive the physical prices down for each game. We’ve reached out to Sega to see exactly what version of Sonic Mania is included here. 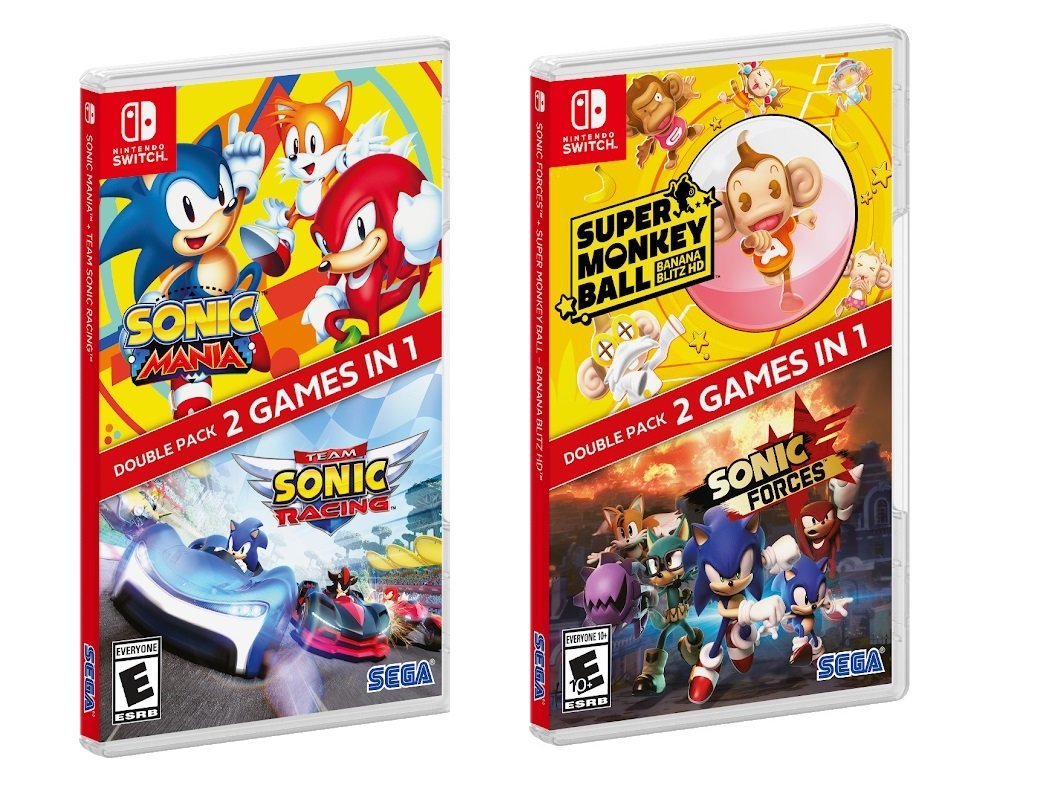