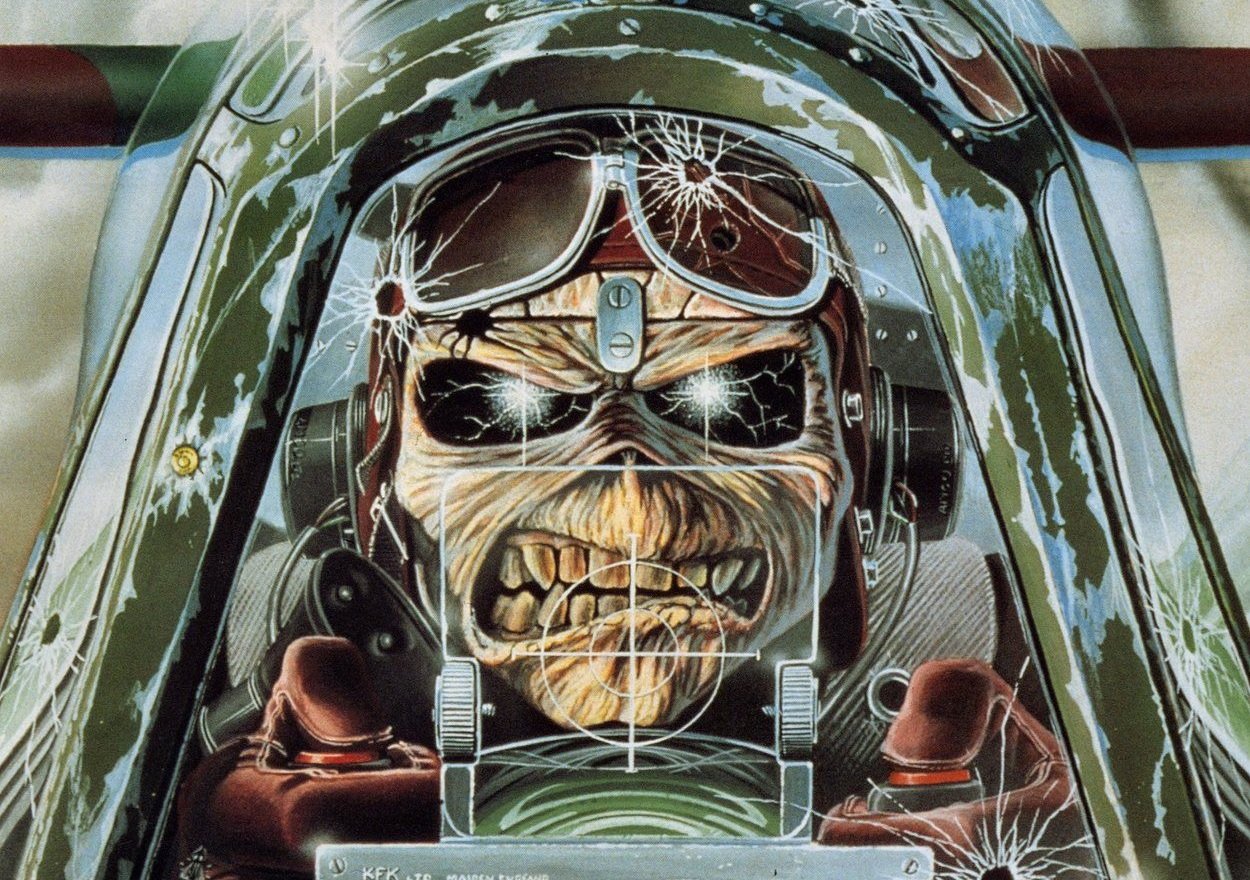 (Not) Afraid to Shoot Strangers

[Update: After posting last night, we reached out to 3D Realms for a statement on the lawsuit. It responded with the following:

We’ve recently heard about a lawsuit filed in California by the band Iron Maiden, claiming our old-school first-person shooter Ion Maiden is infringing on their trademark.

From what we’ve heard, the suit claims our main character, Shelly Harrison, originally debuting in 2016’s Bombshell, is based on their musician Steve Harris; our skull bomb icon found in-game is based on their skeleton mascot Eddie; our logo in itself is based on theirs; and other frivolous claims anyone who has played Ion Maiden would find more over the top than Shell’s “Loverboy”, her signature 18-round triple-barreled revolver.

We at 3D Realms, our co-publishers 1C Entertainment, and developer Voidpoint will review our options once we receive official notice of the lawsuit and will make any necessary decisions at the appropriate time. Regardless, everyone continues to work diligently on Ion Maiden to deliver the best possible experience later this year.

It should also be mentioned that Iron Maiden’s holding company, Iron Maiden Holdings Ltd., is the one that filed the lawsuit and not the band itself. While Holdings does represent the band’s brand, it is unlikely that members of the group are even aware of the lawsuit being brought forth.]

British heavy metal legends Iron Maiden have filed a $2 million trademark infringement lawsuit against 3D Realms over its upcoming shooter Ion Maiden. A report from Daily Beast claims the band filed the lawsuit claiming what is an “incredibly blatant” trademark infringement that may lead to “confusion among consumers.”

A second report from Blabbermouth corroborates the original story and adds further details. “Defendant’s Ion Maiden name is nearly identical to the Iron Maiden trademark in appearance, sound and overall commercial impression,” reads the lawsuit. “Defendant also uses the Ion Maiden name to sell merchandise including shirts and mouse pads.” Brought up is Iron Maiden’s previous computer game, Legacy of the Beast, and merchandise, which seems to be the main point of contention. There is also a link between the names for Maiden bassist Steve Harris and Ion Maiden protagonist Shelley Harrison, which the band claims is a copy.

The holding company for Iron Maiden alleges that 3D Realms has knowingly engaged in trademark infringement with their “virtually identical imitation” of the band’s brand. Along with asking for $2 million in reparations, the suit is demanding that 3D Realms stop using “confusingly similar” branding and hand over ownership of the official Ion Maiden website.

I’ll be the first to admit that the comparison isn’t out of thin air. Comments on previous articles I’ve written for Ion Maiden have brought up the two and I’ve even made the mistake in a few drafts. That being said, Iron Maiden’s name is based on a medieval torture device and comprised of two common words. That honestly makes me think this is a bid for money more than a legitimate claim of infringement. Is anyone seriously confusing the two brands, especially when Ion Maiden is a computer game that comparatively not many people have heard of?

At any rate, Ion Maiden may soon be getting a name change. I don’t see 3D Realms taking on a big band over the title of a game.