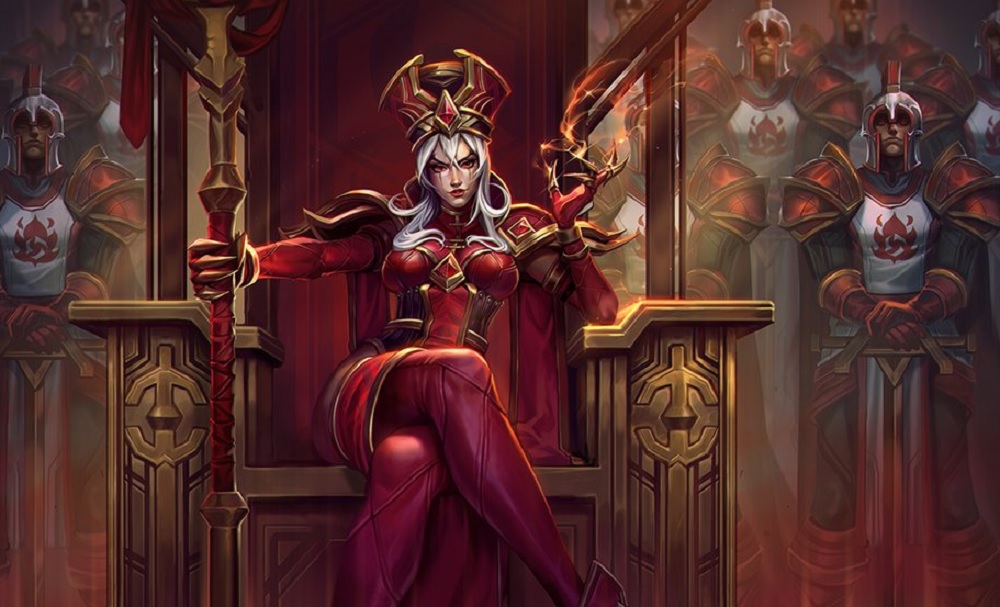 The Scarlet Crusade arrives in MOBA-land

[Update: You can find her spotlight below as well as this landing page detailing her basic abilities and heroics.]

It’s been a long, long time since the last Heroes of the Storm character. The development team has noted many times (including last year’s BlizzCon) that they’re focusing on smaller updates and reworks; and with that comes a longer lead time for new heroes. This recent gap between Yrel has been the longest ever, but that changes with today’s announcement.

Last week Blizzard teased a new reveal with a door. Yep, a door. The ornate object looked like something out of quite a few Blizzard properties: Diablo, Warcraft, Starcraft, and Overwatch all fit the bill. Now we have full confirmation: it’s High Inquisitor Whitemane of the zealot-centric order of the Scarlet Crusade. Over the course of the WoW narrative Whitemane was eventually overtaken by the undead scourge, the very power her order sought to destroy — and is now a member of the Four Horsemen (pretty much confirming an alt-skin for her).

As a former Priest main in World of Warcraft I’m thrilled to finally see the archetype in Heroes, even if it’s from a relatively unknown participant. People really thought Anduin would make his mark as the first priest but she stole the show! Like Yrel I might be the only person excited for her but that’s okay — it’s a MOBA! Only one person per team can play as her anyway.

Whitemane is expected to hit the PTR soon before she goes live.