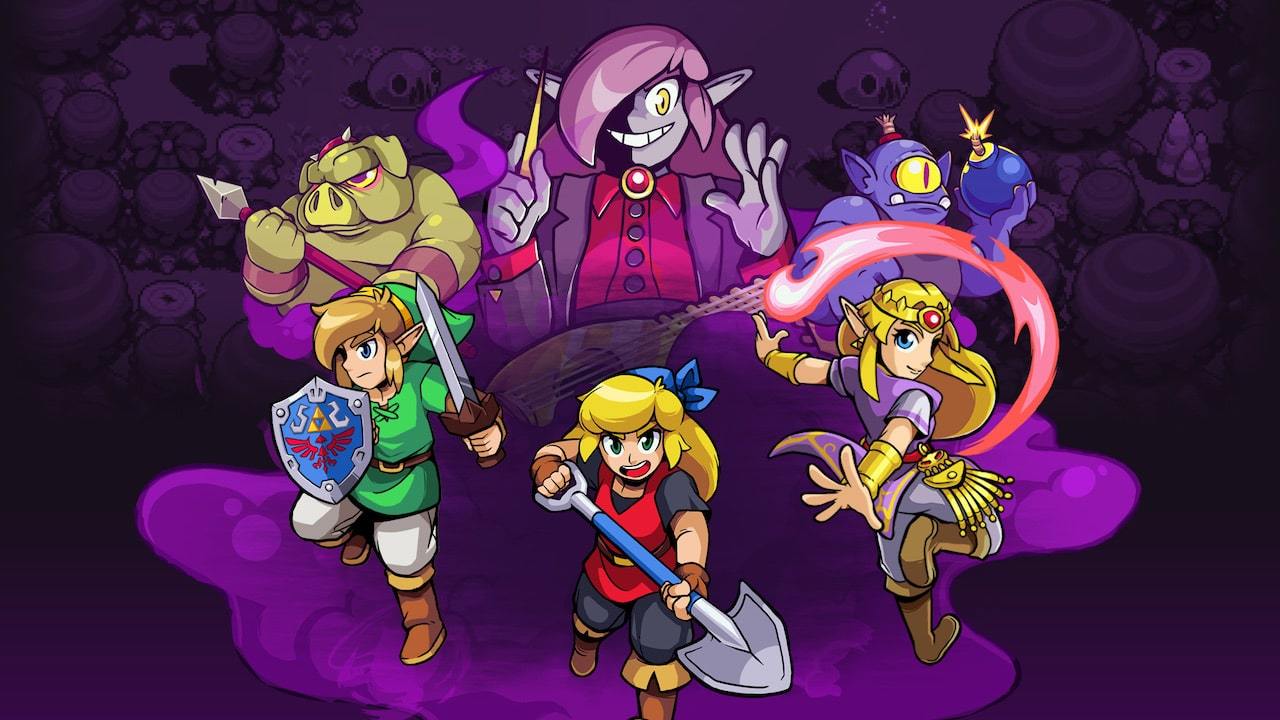 [Update: You can find the full patch notes below courtesy of Brace Yourself Games. It turns out that this patch is a sizable update, adding in a lot more than the original tweet led on.]

Okay so this is a nice Christmas surprise! Nintendo, out of nowhere, is giving us a bit of free DLC for the holidays. Just boot up your copy of Cadence of Hyrule and download the software update and you’re good to go.

The DLC is actually a new storyline involving the main villain called Octavo’s Ode, which is likely a way to “Jolie Maleficent” him into a more nuanced role. If you haven’t played it yet, it’s a fantastic rhythm-based roguelike that also features a rad campaign mode for folks who are sick of complete randomization and “endless” runs. Speaking of, the DLC also adds a “dungeon mode” that serves as a challenge-esque gametype.

It even made our nominee list for Switch Game of the Year! There’s a demo available if you want to give it a shot, and I highly recommend it as a relaxing holiday game to play with a partner.

– Added Octavo as a playable character with unique story campaign, unlockable by completing the game once.
– Added Dungeon Mode, a mode for playing through the game in a new way, closer to the original NecroDancer experience
– Added shrines, mysterious objects that appear in dungeons, with unknown effects.
– Added some new level generation features, both in dungeons and the overworld.
– Added 4 new achievements relating to Octavo, dungeon mode, and shrines
– Adjusted the random distribution for spawning certain types of dungeon items, to better ensure seed consistency
– Allow the player to carry multiple copies of each scroll type
– Add UI for changing weapons of the helper characters during the Ganon fight
– Add display of the current world generation seed to the pause menu, so it can be recreated later in seeded mode
– Fixed some bugs where multiple dialogues/cutscenes could be activated at once, with unintended results
– Fixed a bug where Ganon could be defeated with a bomb during the between-phase cutscene
– Fixed a bug where getting hit by a bomb and using the hookshot on the same beat could cause the player to move incorrectly
– Fixed a bug where using the hookshot would add extra steps to the player’s step count in fixed beat mode
– Fixed a bug where items could be duplicated by collecting them and moving between screens at the same time
– Fixed an exploit that allowed some bosses to be cheesed with projectiles from outside the boss arena
– many other bug fixes