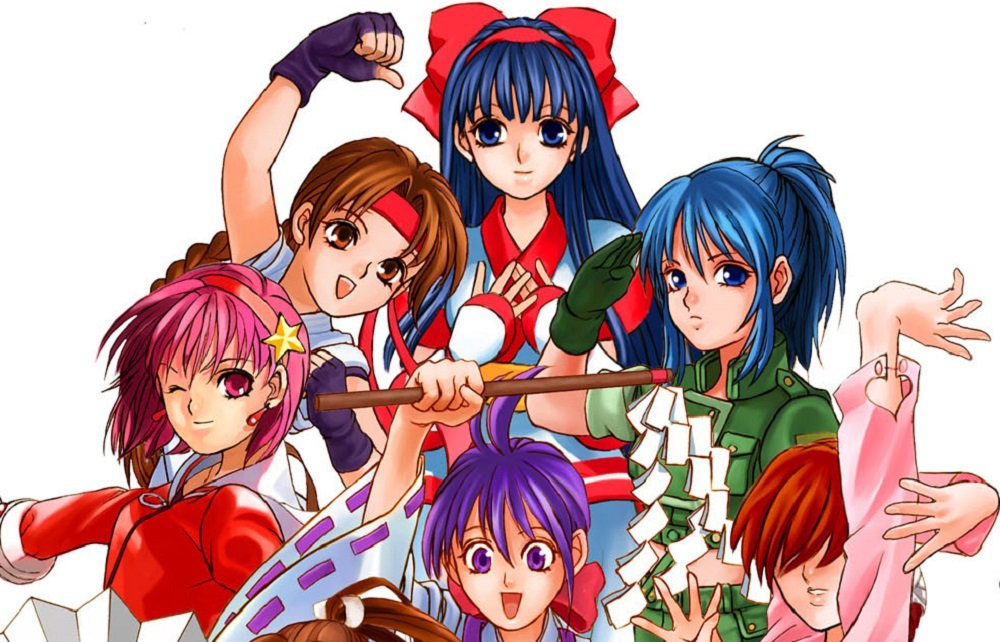 [Update: Gals’ Fighters is now available to purchase worldwide for Nintendo Switch. You can pick it up from the eShop for around $8. No other platforms have been announced. You can check out a short trailer at the foot of the article.]

Yesterday was the 30th anniversary of SNK’s super-powerful, super-expensive Neo Geo hardware. To celebrate the console’s storied legacy of great fighting games and giant cartridges, SNK has announced that it will be re-releasing Neo Geo Pocket Color classic Gals’ Fighters this week, and will offer up new information regarding the upcoming Samurai Shodown Neo Geo collection.

Released back in 2000 for the fledgling handheld, Gals’ Fighters is a comedic crossover fighter that brings together a selection of the Neo Geo’s fighting femmes in a one-on-one tournament, the prize being the realisation of the winner’s greatest wish. Gals’ Fighters is a cute, fun punch-up, and would set the stage for later release SNK Heroines: Tag Team Frenzy, which launched on PS4 and Nintendo Switch in 2018.

The Samurai Shodown Neo Geo Collection was first revealed almost exactly a year ago, and will feature the classic SamSho titles that launched on the Neo Geo console between 1993 and 2004. The release will feature all six games in their Japanese and World editions, along with online multiplayer and a museum full of marketing goodies.

Oddly, SNK’s announcement did not include a price or platforms for Gals’ Fighters in its announcement, although we do know it has previously been rated for Switch. We will, of course, update you when we have further information.