[Update: It’ll be available tomorrow, seemingly for everyone who plays the game.]

Forza Horizon players can rip around England with some futuristic flair. CD Projekt and Playground Games have collaborated to make the Cyberpunk 2077 car playable in Forza Horizon 4.

Judging by the naming convention from Forza Horizon 4‘s car tiles, its make is “2058 Quadra” and its model is “Cyberpunk 2077 Quadra.” That’s just specific stuff. Everyone knows it as “The Cyberpunk car.” It probably has a V-Tech. Get it? V-Tech. 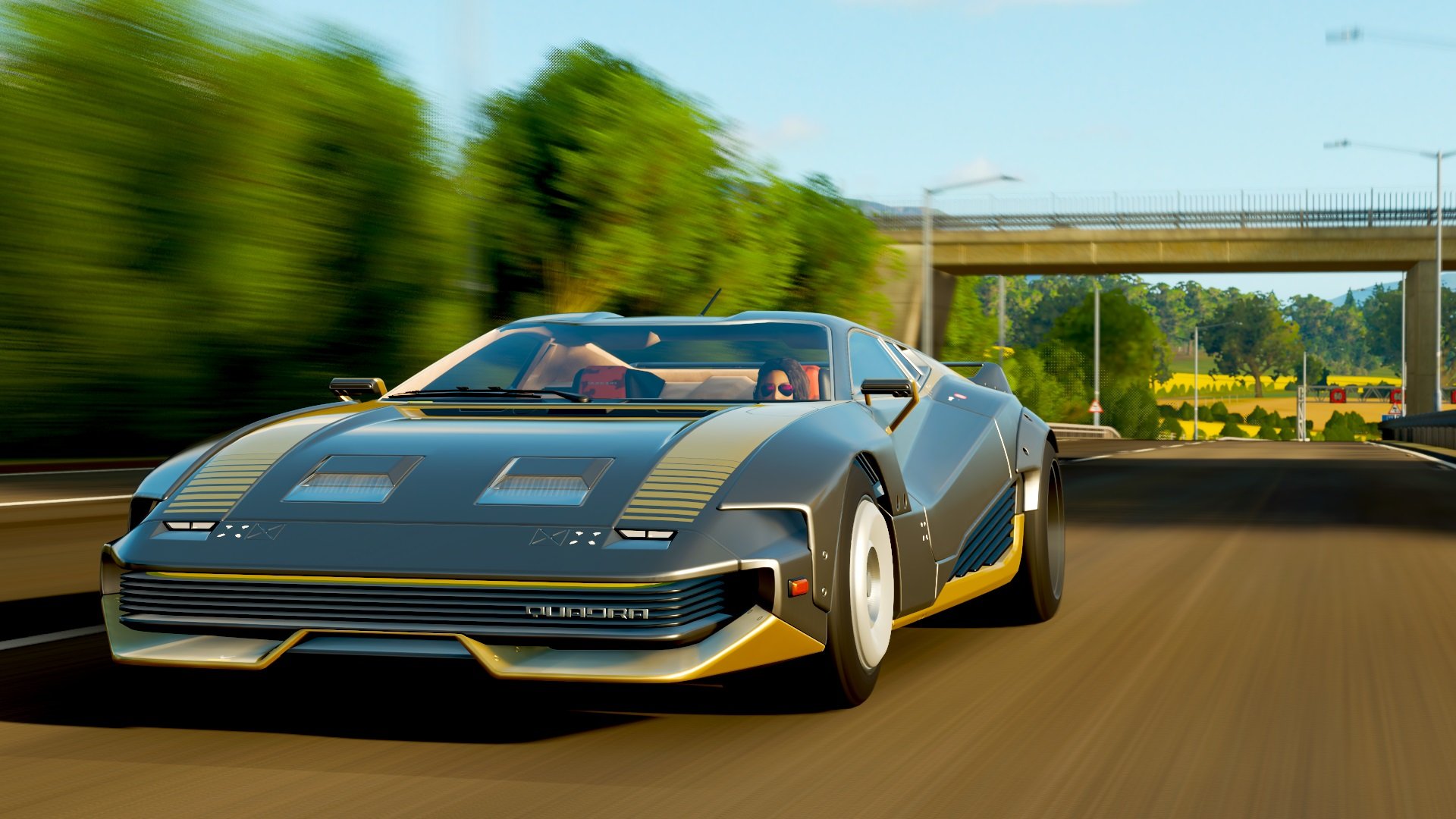 Technically the Quadra isn’t available yet. It’s supposed to be some sort of Game Awards surprise planned for tomorrow and Playground Games is denying it with a wink, the way companies do when their secrets have been spoiled. It’s unclear who will get the Quadra. It might be everyone, it might be Cyberpunk buyers, it might be a reward for some sort of seasonal challenge.

However, the Quadra is totally available right now. It was accidentally implemented early as part of yesterday’s Super7 update. Players can use the Quadra while going through the Super7 challenge mode, but not in the larger game. That’ll have to wait until tomorrow (or whenever it’s officially added).

Probably no huge rush, though. Everyone will be too busy playing Cyberpunk tomorrow to take time to cruise the Cyberpunk car up and down the lefthand side of the road.