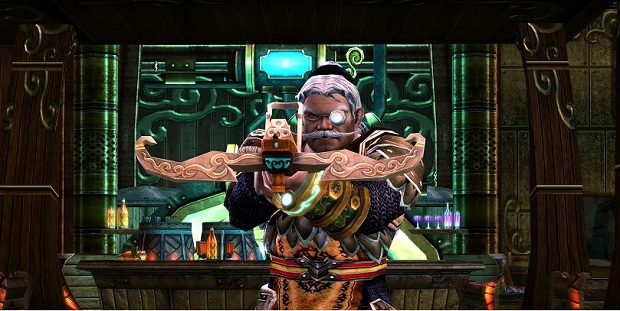 The mini-expansion, Secrets of the Artificers, focuses on the titular class, and Turbine has released several screens showing it off.  It’s akin to an Arcane Trickster, using a mix of magic and traditional rogue ranged combat.

The pack is available on the Dungeons and Dragons Online Store or free for VIPs.

Filed under... #Dungeons and Dragons#Gallery#News