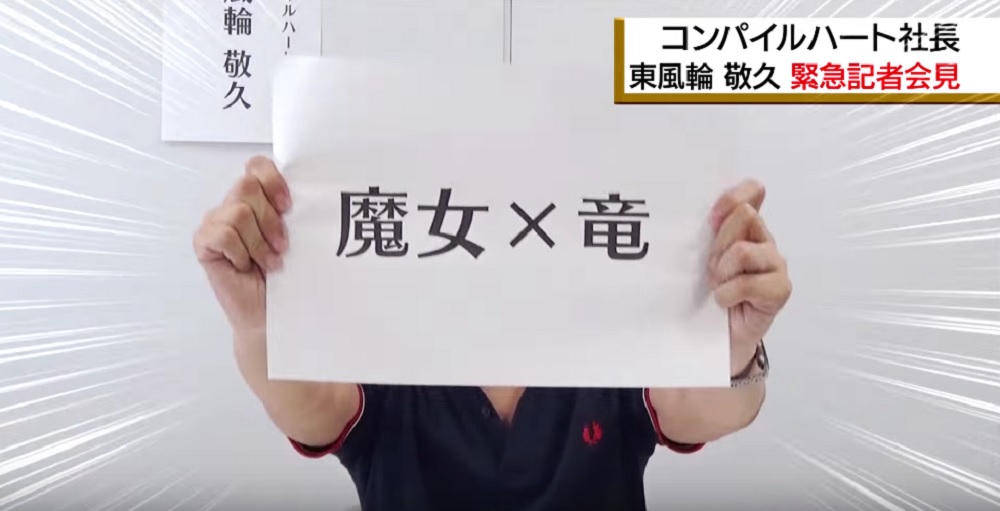 [Update: As predicted, early info has come out of this week’s Famitsu. Compile Heart’s new RPG is titled Valneer of the Dragon Star and is coming to Japan on PS4 October 11. More details will follow in Famitsu soon.]

Though I’m sure at the end of today the internet debate will rage as to who had the best press conference at E3 this year, Japanese publisher Compile Heart (of Hyperdimension Neptunia fame) showed the big boys how it’s done with their “Emergency Press Conference.”

Announced with a countdown site a mere nine hours before it was due to begin, the world waited with baited breath as we were shown an A4 piece of paper featuring the words Witches x Dragons. Asked by the masses of journalists in attendance whether this new project was a RPG, a single nod was given in reply. Then we all left to get on with our day.

No bizarre musical performances, no Inception stars, and no pace-killing videos of Grecian warriors or sea battles. Frankly, the LA Convention Center will probably be pretty empty today. E3 is over. Someone let Nintendo know they needn’t bother.

Witches x Dragons is currently in development, somewhere, for something. This week’s issue of Famitsu, scheduled for June 14, will reveal more on the title. Famitsu often leaks early, so we will likely see some news very soon.