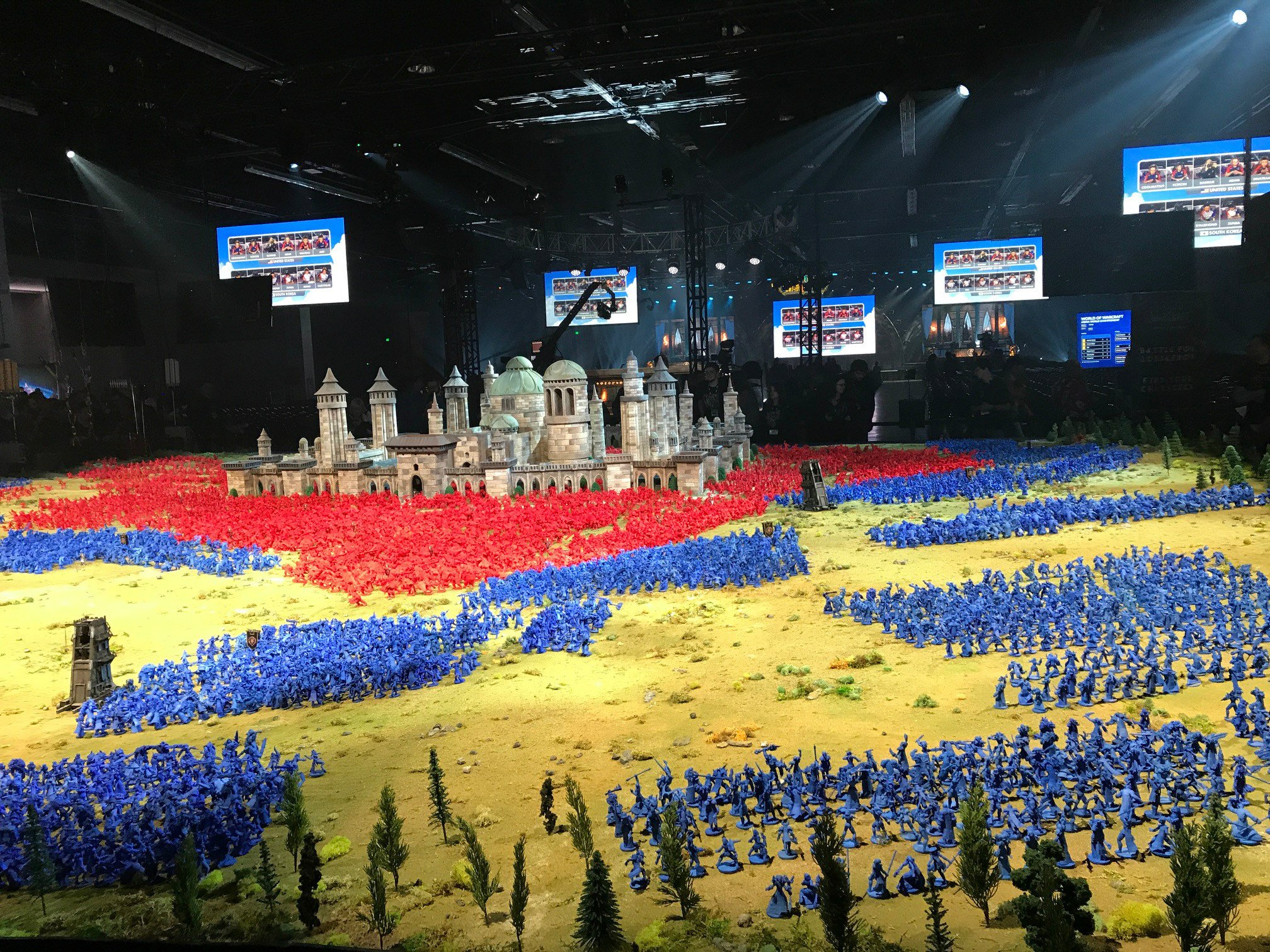 Are you in it?

[Update: Come to find out, I actually was part of the diorama, the database just didn’t catch it. My Blood Elf Demon Hunter made it in, and a Blizzard employee handed the figure to me after the closing ceremonies for a closer look. Upon inspection, this looks like a near 1:1 re-creation of my character. The horns are exact, the shoulder pads are the same, it has the same bandana/mask, and the same belt. That’s…dedication!]

To celebrate the new World of Warcraft expansion Battle for Azeroth, Blizzard nonchalantly built “the largest videogame diorama ever,” as per the Guinness Book of World Records. Why they didn’t announce this during the keynote is anyone’s guess, as I randomly just happened upon it while wandering the showfloor after the Heroes of the Storm HGC semi-finals.

But it’s not just a re-creation of the Battle for Lordaeron with random figures colored blue for the Alliance and red for Horde — it features actual player characters based on World of Warcraft users. If you’re an attendee you can see if your character is one of the 10,000 included right here (I wasn’t chosen, sadly), and what zone of the diorama you’re in.

Yeah, this is a hell of a way to promote an expansion, and a decidedly Blizzard thing to do.