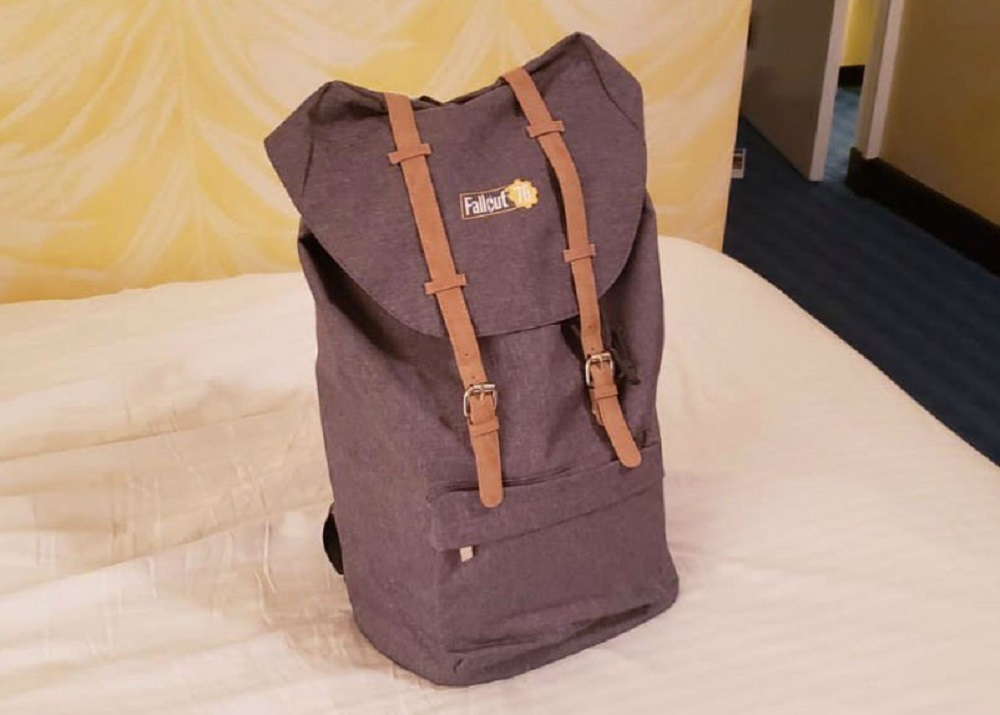 [Update: Bethesda says it is now “finalizing manufacturing plans for replacement canvas bags” for Fallout 76 Power Armor Edition owners. Customers will have until January 31, 2019 to submit a ticket on this support page and will be sent a replacement “as soon as the bags are ready.”]

In one of the weirdest controversies of the gaming year, Bethesda came under heavy fire following the launch of their open-world MMO Fallout 76. A lot of this heat was directed at the quality of the game itself – which has left many fans and critics disappointed – but this glumness was only increased by the launch of the Power Armor Edition, which replaced its promised canvas duffel bag with a bog-standard nylon replacement.

As if that wasn’t enough, it has since been reported that some decent-looking Fallout 76 bags were indeed produced. These found their way, as free gifts, into the hands of online “influencers” (a bizarre buzzword of the modern era). It must be noted that these bags are not the same bags originally planned for the Power Armor Edition. It’s not as if Bethesda ran out of bags because they gave them all away. But handing out neat-looking bags, gratis, to unofficial advertisers, whilst paying customers get a cheap replacement for the one they paid money for, was never going to result in a great look, and has left some fans understandably peeved.

While the whole of Fallout 76’s “bag-gate” drama is pretty much a first-world problem, it’s not really about the bag itself at all. It’s a case of broken faith between paying customer and provider. Fallout 76 has been the subject of a string of controversies in its launch period, from in-game quality, to a supposed class-action lawsuit toward 76 itself, a “deal with it”-style response from a customer service rep (which Bethesda has since apologised for), and the bizarre compensation of a few dollars of in-game currency.

It goes beyond being merely about the material made to produce some bag, and into the realms of the Fallout community feeling a lack of respect earned for their ongoing support, both vocally and financially, of the franchise. Those Power Armor Edition bags likely aren’t getting made, but 76’s bad press goes beyond that particular issue, and the damage done by Fallout’s fallout could weigh heavy on Bethesda’s shoulders for some time.