[Update: A collector’s edition has also been revealed. This set includes a soundtrack CD, 152-page art book and a special art board illustrated by Masakazu Katzura. Currently only listed for European release, but this is recent news so don’t rule out a North American version just yet. You can check it out below.]

During today’s E3 Nintendo Direct presentation, a new trailer was released for PlatinumGames inter-dimensional hack ‘n’ slash title Astral Chain, which was first announced for Switch back in February.

Set in a futuristic, hi-tech world, Astral Chain sees the planet under threat from a mysterious species known as Chimeras. A city known as The Ark has rallied a highly mechanised and heavily-armed police force, Neuron, to combat the ever-growing alien menace. It appears that players will control several members of this force utilising their individual skills and weaponry to take on a legion of bizarre creatures.

As you can see from this new trailer, Astral Chain is set to contain all of the opulence and excess you’d expect from a PlatinumGames release – having been designed by Takahisa Taura – as well as the fast-paced, frenetic combat that typifies games such as Bayonetta and NieR: Automata. 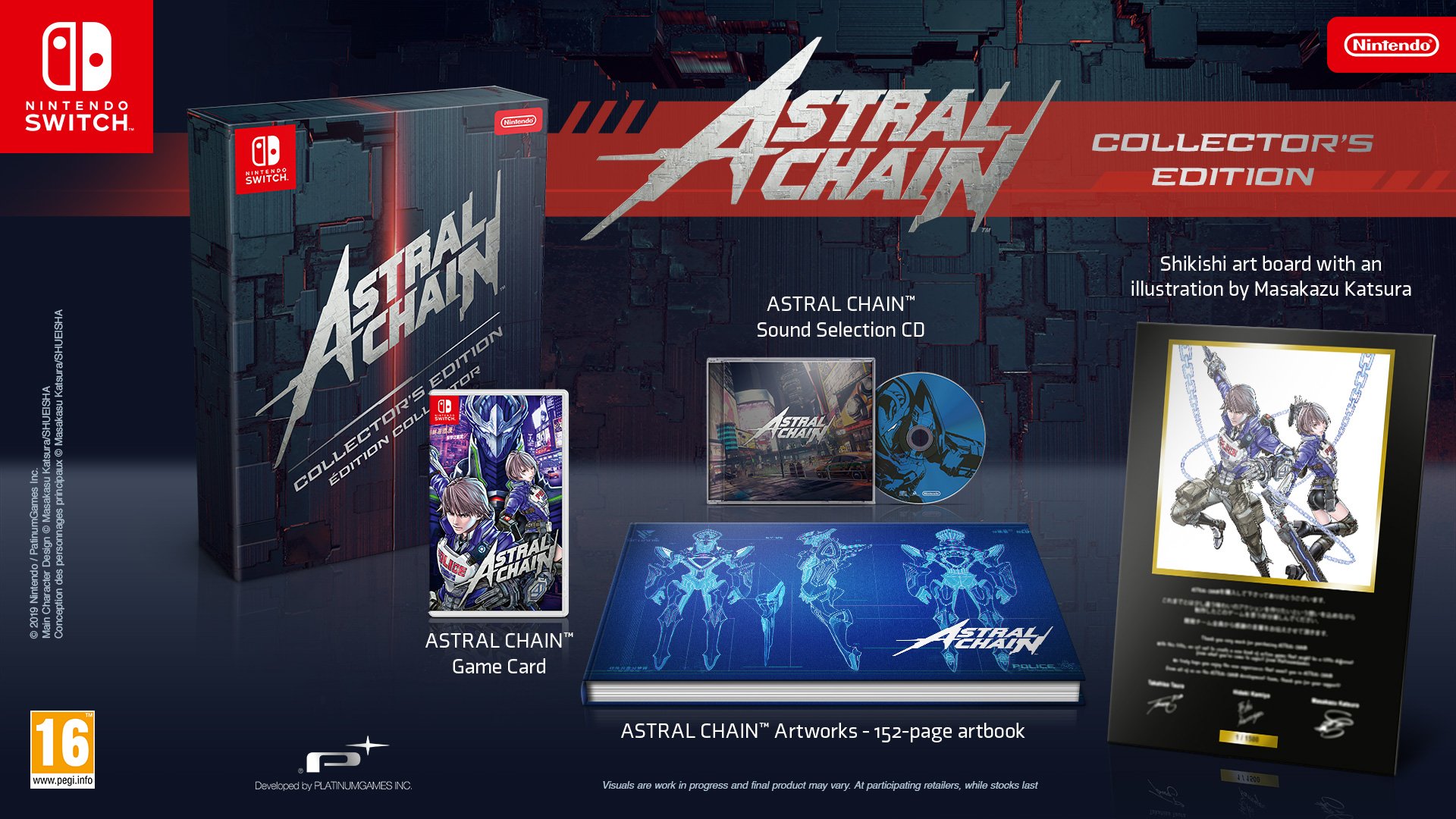