(Update: Publisher Microids have just released a teaser trailer for Flashback 25th Anniversary, which can be seen below. The game will feature the “original 1993 version” of the game, as well as an updated version with new effect filters The e game also features remastered sound and a “Rewind” feature, because people are far saltier these days.)

The one thing that always sticks in my mind about Delphine’s awesome 1992 adventure title Flashback was how it was one of the few games where the Sega Mega Drive version trounced the SNES port in multiple ways. That didn’t happen too often. Still, it at least looks like Nintendo are finally ready to give the ’90s classic another try.

Amazon Germany have a listing for Flashback 25th Anniversary for Nintendo Switch. The listing comes complete with box-art and even a specific street date of June 7. For those less inclined, Flashback is a story-driven platform-adventure title where a young man, Conrad Hart, is forced to piece together his shattered memory, uncovering a far-reaching conspiracy in the process. It’s pretty damn good, with crisp animation, a great soundtrack and a smart narrative.

The Amazon listing also depicts a cool little Collector’s Edition, which includes the game’s soundtrack, an old-school style instruction book and a case which replicates a SNES cartridge – although (straightens tie) it is a U.S. style cart but ACSHUALLY features the game’s European artwork. What a blunder! *snort*

There has been no official confirmation of release from publisher Microids, but given all the info available in this listing, it’s a pretty snug bet that it’s happening. 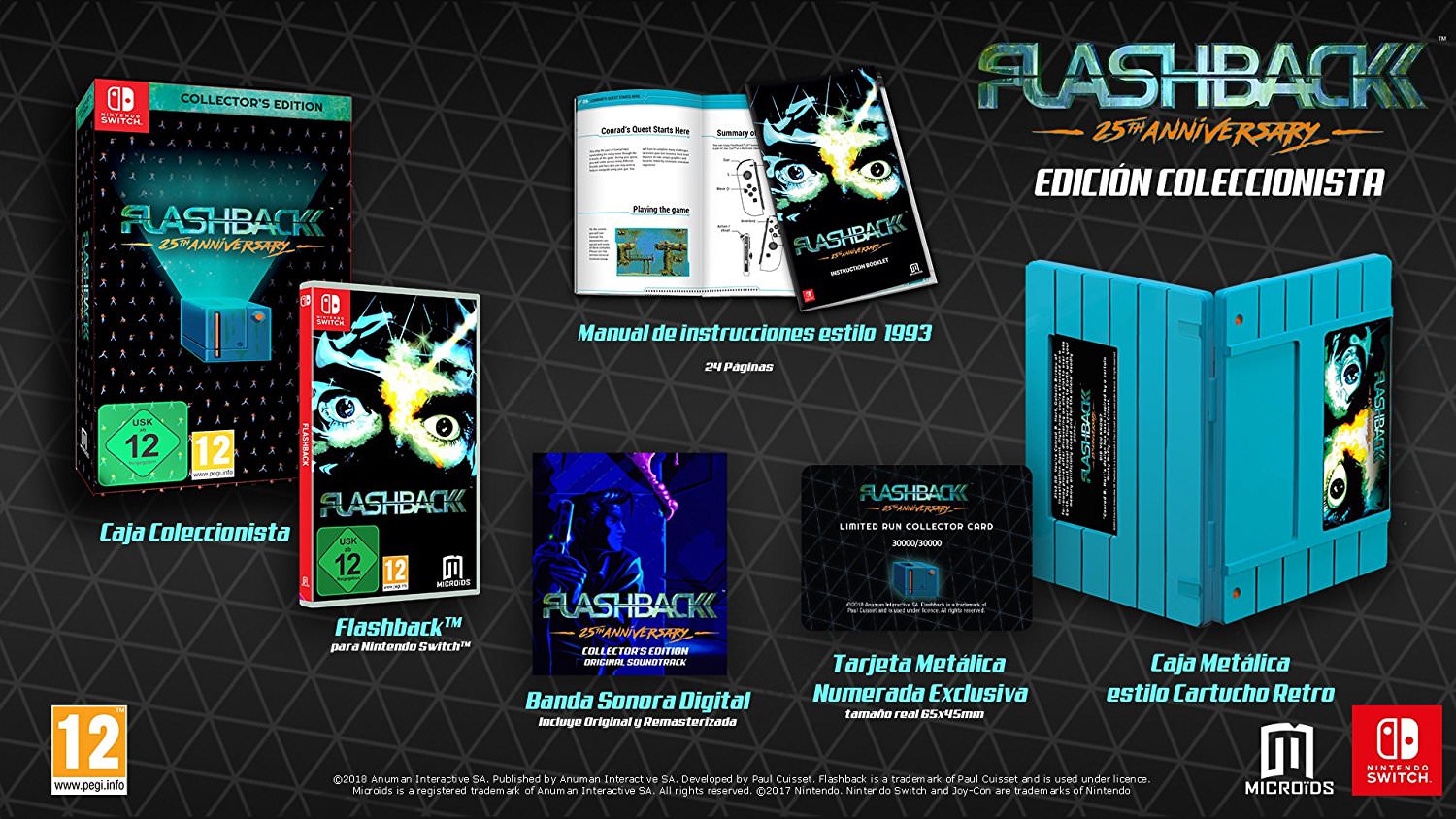