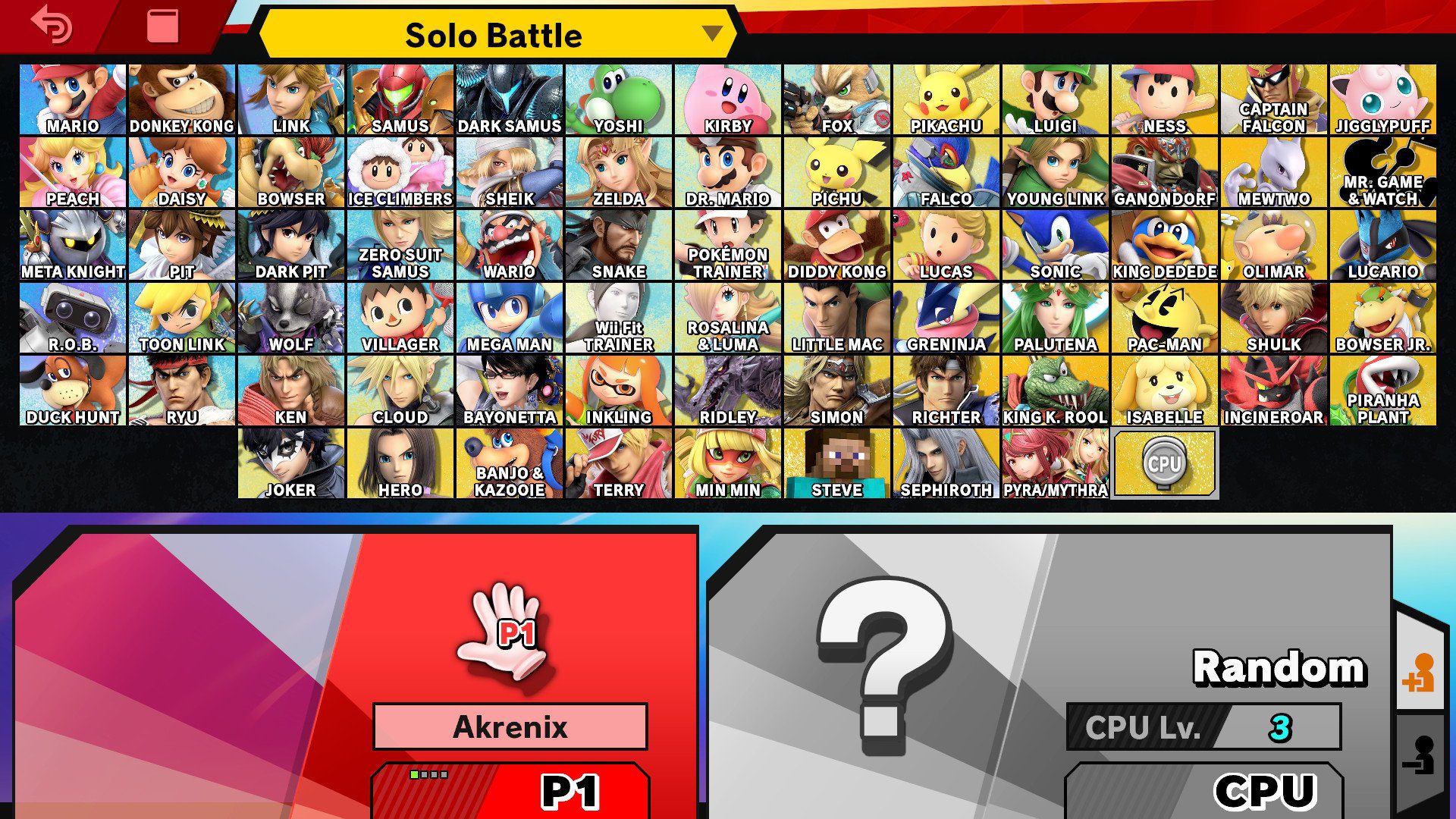 [Update: Akrenix taketh away, but they also giveth. The inverse of the “no more Fire Emblem” mod is also out, and it’s called “no, more Fire Emblem!” which got a hearty chuckle out of me. This one actually only allows Fire Emblem content and nothing else, which is actually a cooler idea!]

By the time Byleth hit Super Smash Bros. Ultimate in early 2020, enough was enough for a lot of people. Some people were sick of Fire Emblem characters flooding the game, and even though Nintendo hasn’t repeated the cadence since (afterward we got Min Min, Steve, Sephiroth, and Pyra/Mythra, every single reveal folks are expecting it. Well, now you can just mod them out entirely.

This mod from creator Akrenix takes all of the Fire Emblem stuff out of the game. That includes the characters, stages, and all references. Yes it’s a bit extreme, but it’s kind of funny, and something I’m going to be thinking about if we ever get another Fire Emblem character. Speaking of!

While this whole conversation has reached meme levels, and it’s gotten to the point where Sakurai has to say publicly every few months that he doesn’t have final cut on who makes it in; any character that’s fun is going to get playtime out of me, full stop. If we get yet another Fire Emblem character and their design holds their own, so be it.

It also has me thinking: where the hell does Nintendo go from here? Will Sakurai keep working on Smash after Ultimate? Is Nintendo going to release a new “GOTY” edition on a potential future “Switch Pro” system? What about after that? If the Super Switch gets a new Smash without Sakurai at the helm, and without all of the Ultimate content so far: how is that going to be received?