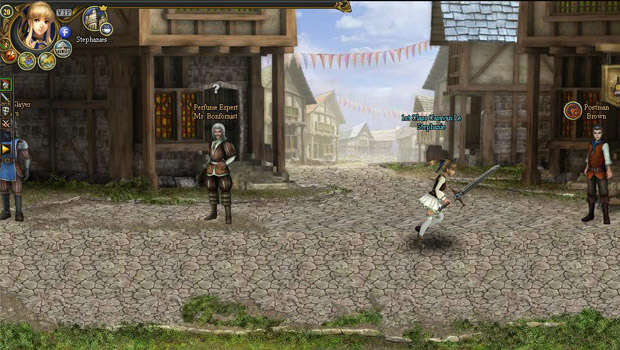 Aeria Games has a pretty good track record of releasing some quality MMO games that are free to play. They’re responsible for bringing out RPGs like Shin Megami Tensei: Imagine Online and the more recent Eden Eternal, as well as a variety of others. They’ve recently teased Golden Age, a persistent browser-based RTS in the works for the North and Latin American market. The backstory and setting for the game have been detailed.

Based on historical events of medieval Europe, the game kicks off following the rumored conquests of Jacques de Molay — the last known Grand Master of the powerful Order of Knights Templar. Following the documented mass baseless arrests of the Knights Templar in 1307 A.D., Golden Age picks up in a mysterious treasure-filled region that 400 Knights Templar have secretly taken refuge in. Following their colonization of the area, they must defend themselves and their developing fortresses from oncoming waves of greedy plunderers.

Players will be able to take on the roles of one of three classes of citizens: the Knights Templar, the Ibero Alliance, and the Rhine Commerce Guild. The Templar are based on fictional members of the real historical order who fled persecution in search of lost land of gold and treasure. The Ibero Alliance is a group established in the new land based on ancient Greek and Roman democratic principals. The Rhine Commerce Guild was founded by a traveling merchant and his followers, and has real-life roots in medieval Germany.