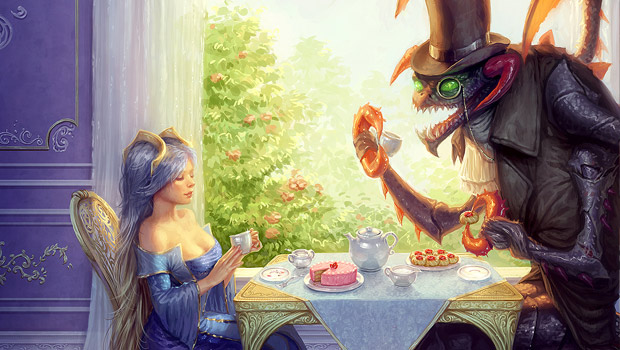 It seems like we can’t go too long without there being some big news about League of Legends. It can be something small like a record-breaking number of users, or perhaps a map with a new mode, or even a holiday getting the full works in the game.

This time, an update dubbed “the preseason update” seeks to bring about variety to the game through an overhaul of the jungle, items, and some global tweaks to the champions. To accompany this news, Riot hosted another “Ask Me Anything,” or AMA, event over on Reddit about the update.

The gist of these updates are to bring a greater variety to the game. More items means more builds, which in turns means more opportunities for new play styles to arise. At the same time, they didn’t want to completely removed what already worked. Morello, the lead content designer at Riot, stated that “a strong effort was made to keep all your old builds relatively consistent in function (if not slightly stronger / smoother) than before.” This mentality also transfers into the reasoning behind the jungle changes. “We want to see different types of junglers,” responds Morello to a poster asking which champions he would like be able to handle the jungle again.

One of the prominent item changes that backs this up is the addition of new items to help champions survive better when tackling jungle creatures: the Hunter’s Machete and the Spirit Stone. These items will even build into new and some existing items, which should allow for the “jungler” to have an easier time transitioning into the later stages of a match.

Beyond that, there are some particularly neat ideas behind some of the new items as well. New consumables are being added that have a set of charges which can be refreshed whenever you return to your base. Items for support characters are being added, with new activatable skills to aid teammates, such as Kage’s Last Breath, which grants an ally a temporary aura that slows down all enemies around them.

One of the coolest ideas, though, are items that transform when certain conditions are met. Elisa’s miracle, for example, will actually disappear from your inventory after you level up three times with it, but still give you its bonuses. On the other hand, Manamune and Archangel’s Staff will both turn into new items if you spend enough mana on them, with better stats and a new skill each.

The champions themselves are getting a small tweak across the board — faster movement speeds. To counter this, the movement-boosting boots that can be bought will offer less of a bonus. As Morello puts it, “What this means is boots aren’t 100% required as your first buy,” allowing you to start by putting your gold in other areas. “We increased overall movement speed of all champions because there was a very strong opinion among pro players that the minimum movement speed for lanes to be dynamic and fun was not 300. We’ve felt like Boots 1 was game-warping for quite a long time so this seemed like a good time to readjust things like Boots.”

The masteries (basically perks) are also being reworked, as with the items, to allow for more variation in builds. More masteries in general will provide further options, and there are also some generally fun-sounding masteries as well. For instance, one of them grants you bonus gold whenever you attack an enemy champion. Others will even give you some starting items without spending gold, such as the “Biscuiteer,” which lets you start with a biscuit to heal yourself with. Hooray for biscuits!

Of course, these changes are very, very large in scale. Though they have been talked about for a little while now, there is no release date hinted at save for “soon.” The changes are currently being tested on the public beta environment (the public test server). While the stats for the items on the test server have been leaked, those numbers are not final, and much of it is subject to change.

It’s hard to tell if any of these changes will really bring more variety to the game, or if even past the release, people will still flock to a few builds that are proven to be successful. On the surface at least, Riot appears to be doing all it can to ensure that these changes are not a major miss.