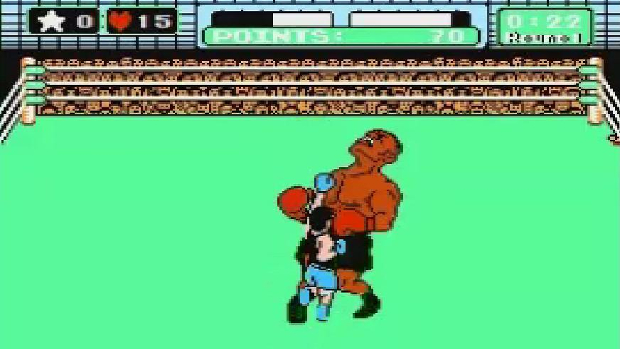 American boxer and general guy-to-be-scared-of Mike Tyson was too busy punching people in the face to play videogames when NES classic Mike Tyson’s Punch-Out!! released. Fox Sports had him take on Glass Joe, apparently for the first time. Though last month Mike Tyson said he couldn’t beat Glass Joe, which implies he had played before.

He makes weird, cute noises for a man that could easily kill you.