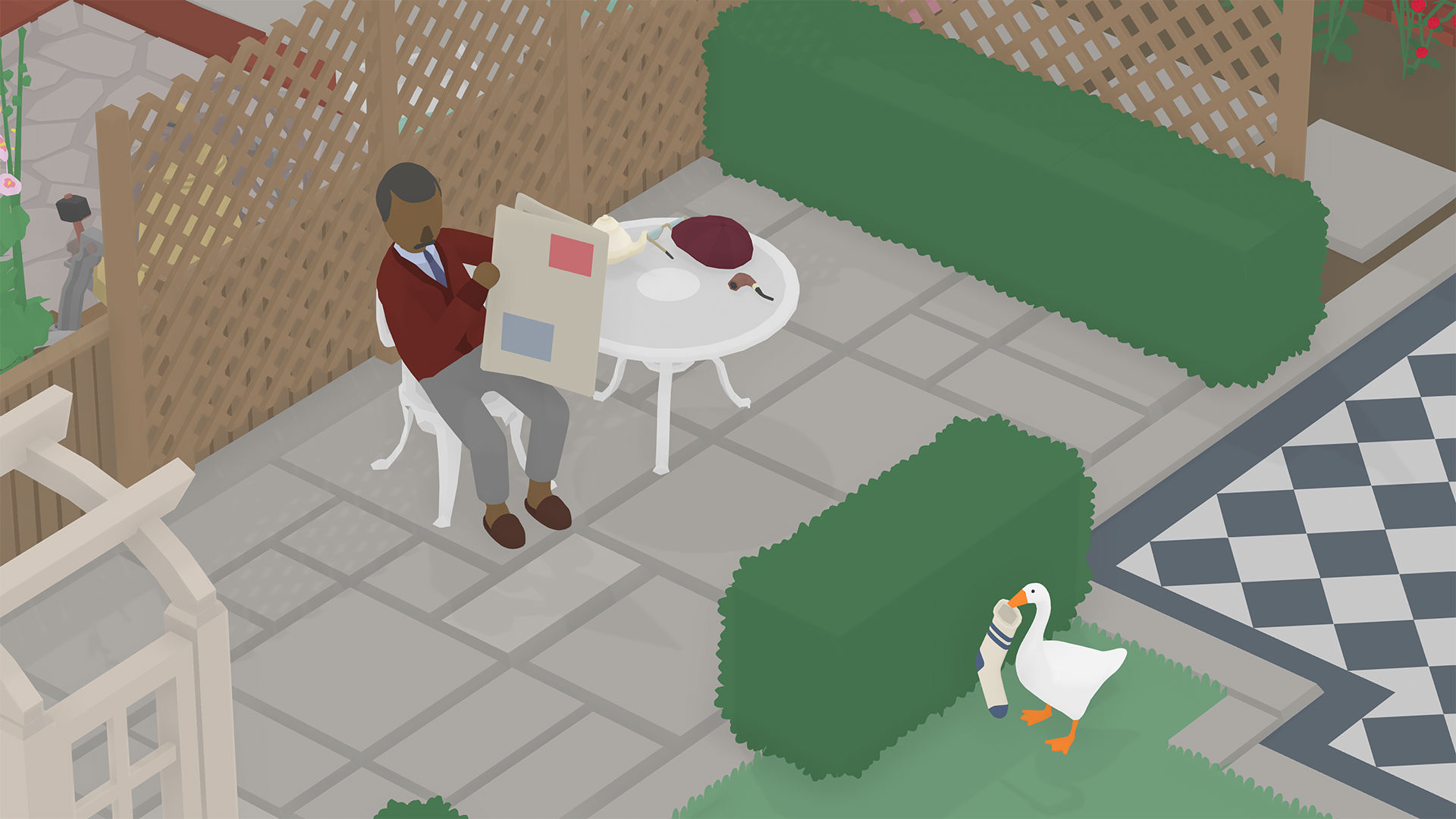 Hitman cited as their biggest influence

There’s a lot of heartfelt sentiment swirling around for Untitled Goose Game, which shirked the idea that every game needs to look cutting edge to sell. Still, there’s a lot of mystery behind the phenomenon and studio House House, and I’m getting flashbacks to when Vlambeer really hit it big with Ridiculous Fishing. It’s a good thing then that BBC conducted a fascinating interview with the team, which went through the game’s origin story, goal, and its original working title.

Evidently the whole idea started with a simple chat about geese and sort of blew up from there. Developer Nico Disseldorp even cites that simplicity as a key reason for their success, as they never really lost focus of that concept, which is helped by an extra dollop of mischief. According to Disseldorp, mischief was the whole point: “No matter what the game is, you find a certain kind of player will look for ways of making mischief. They may even ignore the story that’s been laid out for them, to go and do something mischievous instead. In this game, you’re told to go in there and make as big a mess as possible.”

He’s right! Some people will just play open world games to screw around, with zero interest in the critical path (I can relate, as I spent around 100 hours playing Morrowind before accepting the first major story mission). That basis for mischief is also rooted in the Hitman series, which Disseldorp says is perhaps their biggest influence. He explains: “We wanted the small moments of mischief and gradually gravitated towards stealth games where the player might know things that other characters on the screen don’t know. We realized it was very rich for the kinds of comedic moments that we were trying to add to our game.”

The team also wasn’t really concerned about the length (a common criticism), explaining that during development, many people took around four hours to finish it “on average.” Regarding the length matter, Disseldorp retorted “we don’t really worry if it’s short or long. I think it’s really nice that people can play to the end of this thing without spending their life on it.” He’s right, you know!

It wasn’t always called Untitled Goose Game though. According to Disseldorp, “Some Like It Honk” was the top pick for the official name, but was not “viable.” Although that name is lovely on so many levels he’s right, as it would be hard to market outside of western territories, and the phrase “Untitled Goose Game” is not only clandestine enough to get people to investigate, but says everything it needs to say about the core of the matter.

How a horrible goose topped the gaming chart [BBC]