I’m a sucker for horror, even if it dips in “B,” heck, “C” territory. While I can turn off my brain and enjoy slasher and gore flicks like the Saw series (they walk the line of “so bad it’s good” so well), more often than not, a good horror movie has the potential to dig its hooks in me to the point where I want to see the story through until the very end.

That basically sums up my feelings on the first four chapters of Until Dawn — cheesy as hell, but enough to keep me watching. 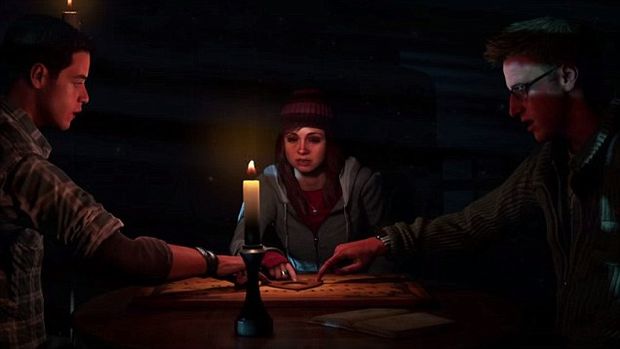 This is largely the same experienced that’s been teased for the past few years or so — a horror movie simulator with stars like Hayden Panettiere, Rami Malek, Brett Dalton, and Nichole Bloom lending their likenesses and performances to the experience. As previously stated I played the first four episodes, which is roughly three hours, and enough time to ramp up the “horror” bit of the plot after three episodes of table-setting.

Yes, this is very much an adventure experience similar to Indigo Prophecy and Shenmue, complete with mild exploration and plenty of quick-time events, so you can show yourself out if that’s still not your thing. Until Dawn started its life as a Move game, but thankfully Sony has retreated on that device over the years, and it’s now possible to play it with a traditional controller scheme or controller-based motion.

After a cheesy intro explaining the butterfly effect (like no one saw the Ashton Kutcher movie here), Until Dawn places you a year before the current storyline, in a snowy isolated cabin in the woods. You’ll learn of the tragedy that happened there through the eyes of the victims, which sets up the ensuing (and illogical) return to a year later, where all of the remaining friends attempt to move on with their lives. The key plot point here is that they don’t know the deaths were actually murders, and they’re setting themselves up for the same possible fate — I mean, they should know, but this is a horror work after all.

Visually, I actually dig the move to the PlayStation 4, and there are very little remnants of it being a PS3 game. I feel like with Arkham Knight we’ve finally started to move on in terms of fidelity, and I’m noticing the generational gap with each passing month. The setting is also sufficiently gloomy and impressive, but sadly, I experienced severe slowdown during some action sequences — as in, sub-30 FPS — something I hope is fixed in the final version.

Gameplay mostly consists of walking around, picking up and manipulating items (like Resident Evil), and making choices that can either modify short-term conversations and actions, or long-term decisions that will drastically change the narrative, and perhaps even kill off major characters. Although I haven’t gotten the full taste of this mechanic in just four episodes, it already feels far more impactful than any recent Telltale game. Telltale is great at telling its story, but that’s just it — it’s its story for the most part. Until Dawn gives me hope that multiple playthroughs will be worth it.

It’s all very linear though, which I’m sure will scare some people away. There’s very little in the way of exploration, to the point where at most, there’s only one stray path (and it’s usually obvious) to take beyond the other road that continues the story. QTEs, Until Dawn has ’em, and they’re here in spades. Personally I still don’t mind them, even if they’re a cheap device when overused, so your mileage may vary here. As for myself, I found them to be entertaining and helped fuel the endearing cheese-factor of the package. And I mean that with sincerity — this doesn’t feel like a cash-in, but a proper love letter to horror in general, complete with a great atmosphere and creepy, ingenious camera angles. 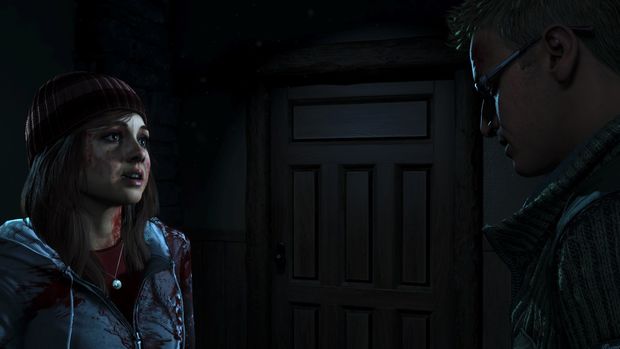 Cheesy it may be, but I actually wanted to find out more about the game’s world, and that’s where Until Dawn excels — lore building. You can find totems that show tiny visions of the future (good or bad, but mostly bad), which eventually complete a little meta-narrative on the history of the surrounding area, and a possible curse that dates back hundreds of years. I also wanted to find out exactly who the assailants were and what their motivations are — and I won’t even spoil the insanely interesting meta-narrative with the always talented Peter Stormare.

My gut is telling me that Until Dawn is going to turn out far better than the lackluster Heavy Rain or Beyond: Two Souls, and having grown up with the adventure genre, I’m excited to see what it can dish out. I suspect like many horror movie staples, this one is going to be pretty polarizing upon release regardless of your opinion on these types of games though.