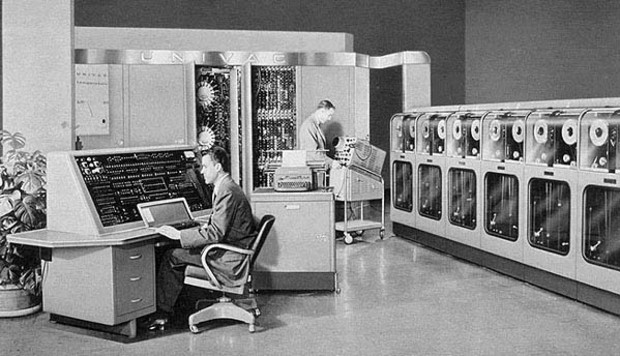 While trying to come up with a good topic, I started in on making a bunch of different blogs. I started one about a Chrono Trigger sequel in my mind that never was and another about the Blues Brothers IP and car chases. I even thought about rehashing a blog article I wrote last year about a Star Trek idea. None of it really took form as a complete thought, and I’ve yet to throw my hat into the ring for this month’s Musing.

However, I think I’ve been getting at one main idea with all these half starts. In all cases, each IP could benefit from a heaping serving of good old fashioned situational simulation and straight up, by the book, number crunching. While the payout isn’t immediate to any investor, putting time into building a great simulation system could revolutionize our play experiences.

Take Chrono Trigger. What turned me on about Chrono Trigger wasn’t just the character design or fun combat system. It was the idea that my action had consequence in consideration of time. If you plant a seed, it becomes a tree in a different time. Though limited by narrative situation and scope of project, real results come from meddling on the temporal grid.

What if there was more time to design around that mechanic? What if the death of a character in Pre-Historia was able to change the entire make up of the civilization thousands of years in the future, opening and closing gameplay situations as characters cease to exist or come into being? What if whistling a tune across the world and 30 years prior would inspire a nation’s Anthem that could be heard in the present at a colonial outpost? Nuance and minutia, perhaps. But come on. Aside from any narrative, playing with that system would be a true blast.

Certainly, it would be difficult. The game would have to be built around this idea, and then, everything would have to work within the rules of whatever system is established. Situations would have to be considered and calculated, and results, inevitably, would have to be parsed out and normalized to ensure a fun experience. Its just a dream though.

I mean, you’d have to create some way to manage all these objects. You’d have to write a whole system to define how objects and people interact with each other. You’d need to figure out numbers and traits for things, and define types of things and general AI. Worst of all, you’d probably have to take maybe 5 to 10 people to just find and define a huge number of objects to exist in this world. Why, that’s insanity. Its just unreal. This could never actually happen in the industry. Not this industry.

Oh right. Scribblenauts is actually happening. This September. On the Nintendo DS.

The core gaming world is losing their collective gourd over Scribblenauts, and with good reason. After years of the guided narrative and the cinematic presentation, feeding on gritty action gaming and accepting the slowing arc toward sport simulation perfection, here comes a database. A nerdgasmic database of 10,000 nouns that all have a meaning and purpose and an incomprehensible combination of computational results. We are shocked, awed and intrigued, but what are we looking at?

What we’re looking at is a good idea magnified, smartly, to the nth degree. Not to trivialize the hard work the must have gone into the creation of this evocative wonder-software, but its just the escalation of game system creation. This is not a graphical leap necessitating cell-processors or fan-cooled horsepower. Its numbers on an array of arrays, played out in paperform gameplay.

We could have been playing with Scribbles and Time Lines generations ago. The untapped potential is simply clever systems, my friends. I think we had that in simulations like Civilization or SimCity at least 10 years ago! Imagine moving ever forward to the smarter simulation with more ways to process numbers and situational data. What if we had gone to macro with this system design structure? What if, instead of graphics and networking, the medium delved farther into bolstering simulations and gameplay-relevant calculation years ago?

We’ll never know. But we’re bound to draw a new conclusion in the coming months. Once people get turned on to what Scribblenauts does, and how it does it, we’re likely to see a whole new way of thinking when it comes to game design and execution. Lets just hope that at least one inspired individual will look to create a consequential time traveling world. The possibilities (and paradoxes) are endless.