In the race to create things that are new and interesting, many companies that lead the games industry have endeavored to provide experiences that blend genres in order to capture the interest of a wider audience. As a result of this desire, we are experiencing sudden influxes of games which attempt to blend or mix and match what were originally different genres. This process can produce success, but is far more likely to provide a cheapened experience on both fronts.

Genre generalization occurs when a game attempts to straddle two or more different genres or styles, without effectively fleshing out any of them. This often leaves the player inevitably wanting more from one part of the game or another, without ever really delivering a fully fleshed out experience. “Jack of all trades, proficient in none,” is an accurate term for this affliction. Unfortunately, this appears to be a major trend that will be shaping the modern gaming market in the months and years to come.

Some of the bigger blockbuster game titles of the last few years showcase this troublesome trend in all its gruesome glory. Mass Effect, from Bioware, is a chief offender, as are Resident Evil 4 and 5. Now, before I rip into these three games, I want to be absolutely sure that you know I really enjoyed these games. I’m not bringing them up here because they were bad games; in fact, I’m using these examples specifically because of their notoriety. The success of these games is the primary reason I see generalization as the next step in gaming, and where I see the industry as a whole headed.

Let’s begin with Mass Effect. Is it a shooter, or an RPG? Neither, really. It never quite delivers on any front in terms of functional gameplay. The shooting is, at its best, sub-par. The RPG elements, while present, are muted in order to allow for the more casual shooting design of the game. The only thing Mass Effect succeeds at is the intriguing and satisfying way it presents its narrative. This game gets completed because it draws the player into the narrative in an interesting and satisfying way. It does not compel you to play it because the physical act of playing it is rewarding. If anything, the gameplay actually gets in the way of the experience, and that is just ridiculous.

Mass Effect attempts to straddle the lines between shooter and RPG based gameplay, and utterly fails at delivering a full experience of either. The shooting mechanics are loose and clunky, the animation is acceptable, but boring, and the RPG elements are about as paper-thin as can be. The gameplay experience is cheapened significantly by the attempt to blend two genres, the result being a sub-par game with a compelling narrative and little more. 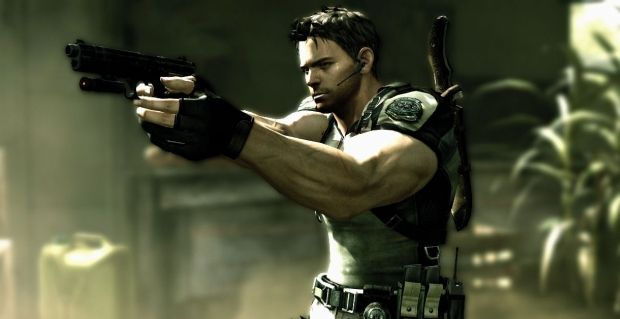 Resident Evil 4 and Resident Evil 5, or as my good Canadian friend calls them, “The suicide of survival horror.”

These are action games. Let’s not confuse ourselves with trying to create exact definitions of survival horror and shooter and adventure genres; these two games are about pulse-pounding, unrelenting action. And in the pursuit of that adrenaline-pumping experience, they deliver beautifully.

But they do not deliver the full experience of either shooters, adventure, or survival horror games. You are thrown ammunition and healing items at a generally acceptable rate (or a ridiculously high rate, compared to previous RE installments) to keep you alive, which significantly breaks the tension that is lovingly cultivated in survival horror offerings. You are relegated to standing completely still while aiming, in a foolhardy attempt to preserve some tension, but without any reasonable explanation as to why, which (for me, as well as many others) does not actually produce tension as much as annoyance. And, finally, the puzzle-solving elements from previous RE offerings has been significantly reduced, resulting in puzzles which tax the mind about as much as adding 2 and 2.

I will allow for the fact that there are certain moments in both of these games which are certainly scary to some extent. However, neither produce the same experience as a traditional survival horror game. Rounding a sun-drenched corner in Africa and finding a street full of zombies is not something that is especially terrifying any longer. In fact, in Resident Evil 5, I relish moments of open combat with zombified enemies.

Never, under any circumstances in either game, have I been held sitting on the edge of my seat for hours on end, nearly holding my breath for fear that whatever shares space with me in that digital plane of existence might transcend its designation of meticulously organized 1’s and 0’s and come searching for me from the darkness. This is the atmosphere that survival horror creates, and it is an experience unto itself. Resident Evil 4 and 5, at best, claw “Oh, [Insert Your Go-To Expletive Here]!” out of the player at a few unexpected occurrences. They are intense, but they will not make you second-guess opening one of the drawers or cupboards in your kitchen, for fear of what may lurk inside, hidden from prying eyes and reason.

In the compromises made to reach a wider audience, all of these games (Mass Effect, Resident Evil 4, Resident Evil 5, and several more) sacrifice their more distinct, well-developed flavors for muddied, lackluster experiences.

If, as they often say, “the sales tell the tales,” then the future of the industry for the moment is genre generalization. The current consumer’s desire for new and different experiences and the industry’s desire to reach a wider scope of the population is coming together to break down the walls between genres and gameplay styles.

Whether this will be the next great stride forward, or a titanic level step back, remains to be seen. Personally, I am hopeful. Perhaps the faults in these games constitute the tedious first steps in a wondrous new direction; little slips and falls to learn from and extrapolate new, more successful integrations. In fact, one of my (and many others) most hotly anticipated games in the coming months, Batman: Arkham Asylum, is doing some genre straddling of its own.

Now that I’ve had my say, what do YOU think? Are we headed for the discovery of combinations that will become defining classics for decades to come (what I will call the “PB&J” phenomenon), or is this a sign that we’ll be treated to massive libraries of bland, unimaginative combinations? Or, worse, God awful nearly unplayable slop?