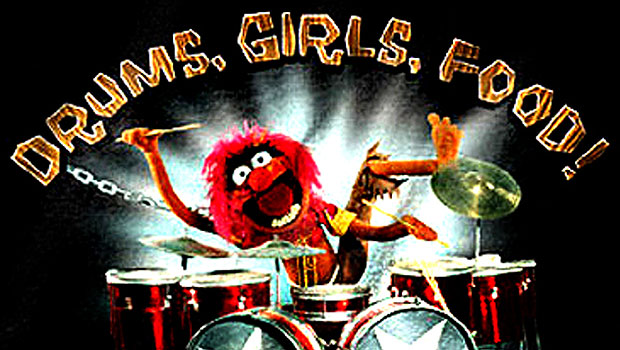 Despite slowing sales of music/rhythm games, Activision just keeps on keeping on. Recently, the publisher filed for trademark of “Drum Hero.” You’re shocked, I know.

This isn’t the first time we’ve heard of Drum Hero, though. In fact, Activision had also trademarked “Drum Villain” as early as 2007, indicating the publisher had been eying a drum-specific title for some time before it released the full-band Guitar Hero: World Tour in 2008.

Neversoft’s Brian Bright admitted as much to us last year. He had said another studio within Activision had been working on a drum-specific title, before the former Tony Hawk Pro Skater developer had picked up the Guitar Hero reigns for Guitar Hero III. That game was ultimately scrapped when marketing dollars and development focus shifted to the guitar-only title. Bright says the crude prototype drum peripherals — “made of wood [from] Home Depot” — was the eventual starting point for drum use in Guitar Hero: World Tour.

After all this time, though, it’s odd that Activision may be considering a standalone drum game. You have to wonder why, considering that most people who own the drums probably also own a microphone and a guitar peripheral. What could a game called Drum Hero possibly bring to the table that Guitar Hero doesn’t already?