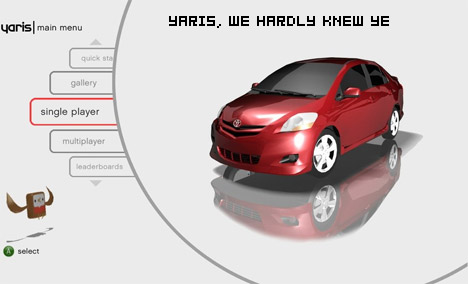 Next-Gen recently interviewed general manager of Xbox LIVE Marc Whitten regarding the future of the service, and man oh man did he have a lot of juicy details to spill.

First off, Xbox LIVE Arcade games that are at least six months old, have a Metacritic score lower than 65%, and have a conversion rate lower than 6% will be removed from Xbox LIVE. Additionally, there will be a three-month notice before any titles that meet the above criteria are delisted.

Whitten goes on to say that while there won’t be a Spring dashboard update, “the team will be releasing a new digital rights management tool next month that will allow you to better consolidate your licenses for downloaded content to a single Xbox and allow you the freedom to be able to play your content both online and offline.” Thank God!

Finally, it’s revealed that Microsoft will be “launching a new fully funded 1st party studio which will be focused on high quality digital content creation.”

Hit the jump for my thoughts on this onslaught of news.

Let’s face it: there are quite a few utterly horrible Xbox LIVE Arcade games out on the market right now. It makes sense that Microsoft would want us to forget that these games ever existed so that the service’s image could slowly be improved while hosting fees become lower in the process.

However, from Contra to Triggerheart to Pac-Man, there are quite a few decent titles that have scores lower than 65% on Metacritic. And what if we own a game that gets delisted? Will we be able to re-download it at a later point in time? Guess we’ll just have to wait and see how this decision to remove games plays out.

Even though the XBLA news is a little disheartening, it’s great to hear that a DRM fix is on the horizon. I don’t know about the rest of you, but I own more than 50 LIVE Arcade titles, and whenever I bring my Xbox 360 over to my grandparents’ non-Internet enabled house, I’m unable to play most of them because I’ve had four 360s die on me.

As for the announcement that Microsoft is opening a first-party studio to make some much-needed good XBLA games, how funny would it be if one of their titles failed comercially and critically, and had to be delisted?