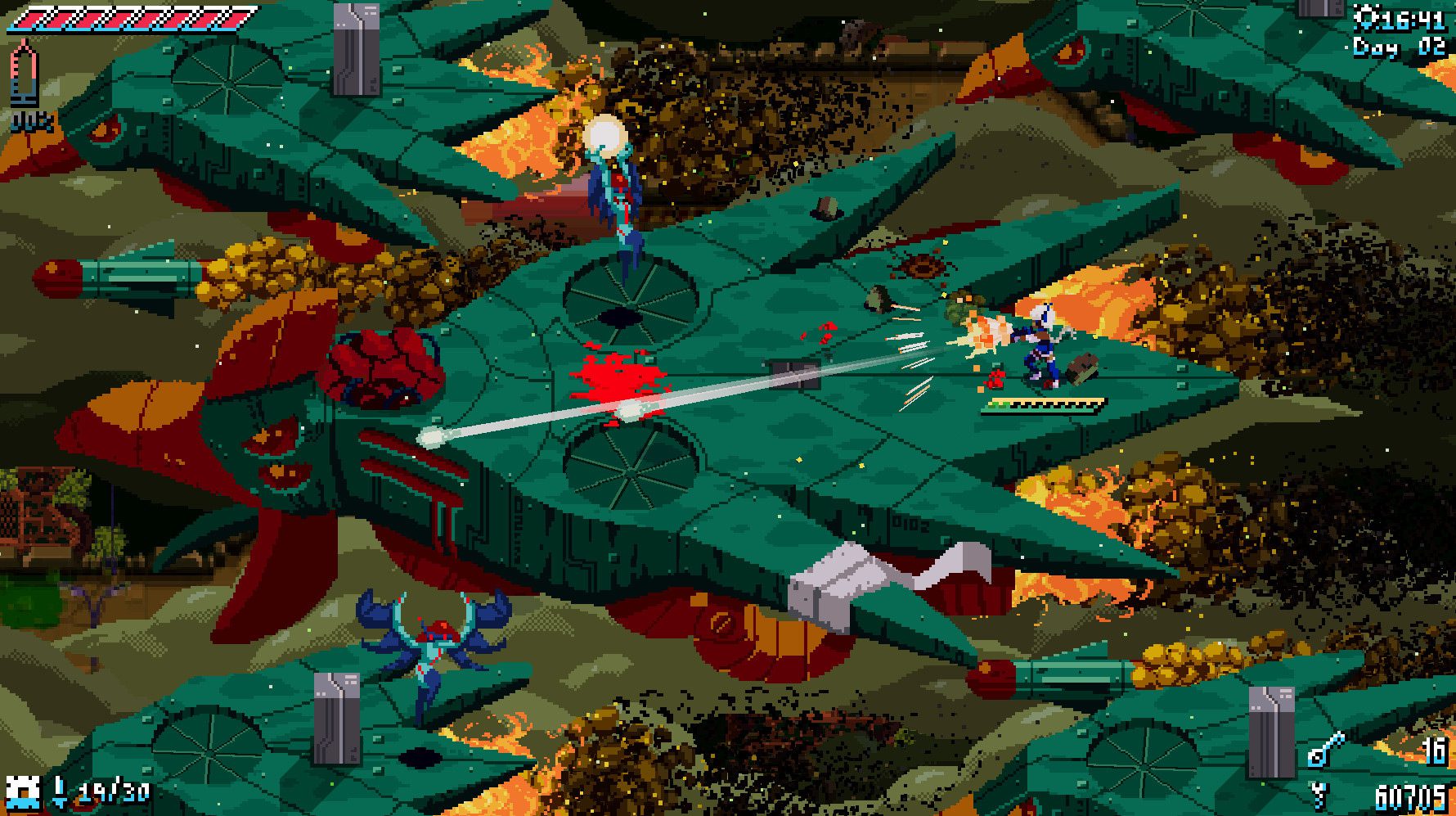 If you’re able to carve out some time in the busy fall gaming schedule, I’d urge you to consider Unsighted — assuming you like cool sci-fi action-RPGs, I mean.

Studio Pixel Punk and publisher Humble Games announced a September 30 launch for Unsighted across Nintendo Switch, PlayStation 4, PC, and Xbox One. In the latter case two cases, there’s going to be day-one Xbox Game Pass support, so subscribers are covered.

You might look at some of the moments in this footage and feel a bit of déjà vu, but the key takeaway is that Unsighted‘s badass-android action, which covers ranged and melee combat with plenty of room to fine-tune your preferred build, feels great. It’s fun to parry.

“After a long war with the humans, the few androids that remain in Arcadia, once a populous metropolis, are running out of Anima, the energy that gives all robots consciousness,” according to the team. “Players will navigate an expansive, interconnected world, filled with shortcuts and secrets where they will solve puzzles and unlock new means of navigation to recover Alma’s memories before the clock runs out.”

While I haven’t played the full version yet, and I’m not sure when I’ll be able to find enough of an opening to do so, the demo — which is still up on Steam — really convinced me.

Some demos lack enough meat on their bones, or fail to make enough of an early-going mark, to the point where sure, it’s nice that they exist, but maybe it wasn’t worth the trouble. Unsighted is not one of those well-meaning examples. The demo nailed it. As I said before, “fans of Hyper Light Drifter, Metroid, and Battle Angel Alita need to take a look.”

As someone who hasn’t even ~thought about~ starting Deathloop yet, I need more time!