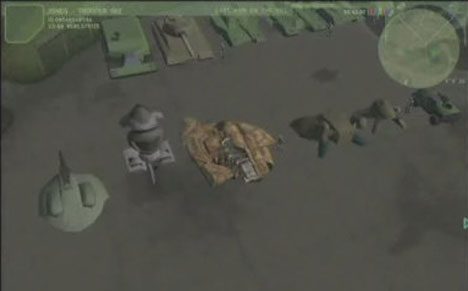 This might surprise a lot of people, but a stork doesn’t bring video games. A lot of talented people actually get together in a room and hump. Nine months later, one of them pushes a game from between his or her legs. It’s quite a beautiful little miracle.

Unseen 64 is a fantastic site dedicated to showing us the miracle of video game life. An ever growing collection of scans and screenshots of beta and unreleased games, it contains images of some of your favorites in forms you might not even recognize them. The image up there? Some game called Halo: Combat Evolved. Evolved indeed.

The site appears to be in Italian, but you don’t need someone to tell you that early versions of Link from Ocarina of Time would make the baby Jesus cry. So go on. Spend three hours looking at the screen shots like I did. Just don’t say I didn’t warn you.