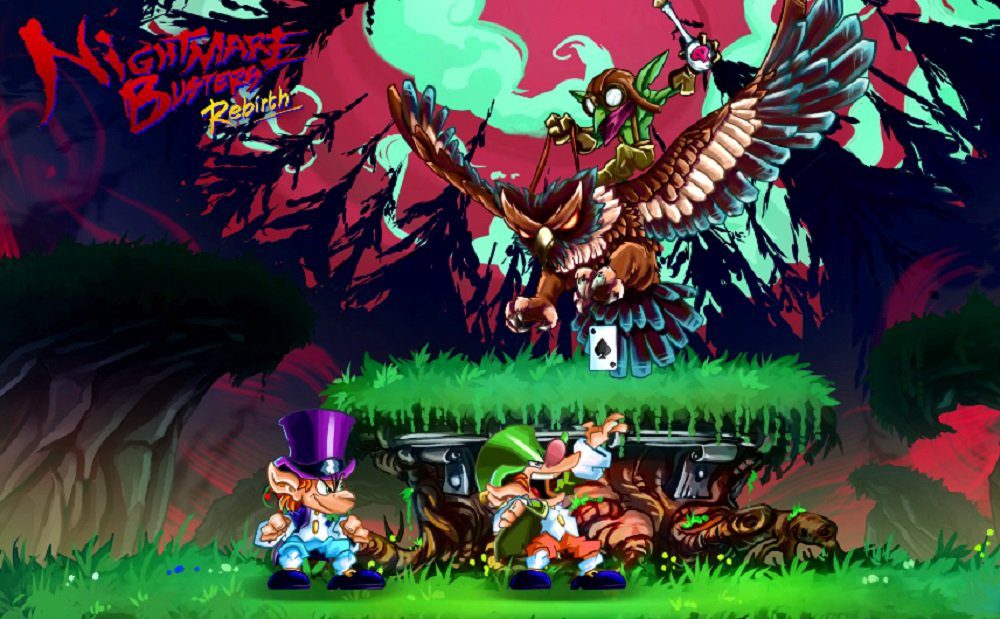 An unreleased Super Nintendo platformer is finally got to get its day of glory, almost three decades after it was consigned to oblivion. Thanks to publisher Pix’n Love and developer Aurora Game Studios, Nightmare Busters is back in development for PC and consoles.

Originally designed and coded by studio Arcade Zone, Nightmare Busters was a two-player run ‘n’ gun title, following the escapades of a pair of leprechaun siblings as they attempt to keep nightmarish creatures from disturbing the sleep of the innocent. The finished game would see players journey through six fantasy colorful worlds en route to a showdown with the nightmare king, Tyrant.

Working alongside some of the Nightmare Busters‘ original developers, Aurora Game Studios are hoping to retain the spirit and gameplay of the original SNES title, while sprucing things up for modern audiences with new visuals, luscious hand-drawn animation, overhauled controls, redesigned stages, and a selection of new modes and features including speedrun-friendly options, multiple difficulty settings, and a museum mode curating the game’s storied history.

Nightmare Busters Rebirth is currently in its pre-production stages and as such no release date or specific console platforms have been confirmed. But given that Aurora are going the hand-drawn animation route, it might be a few more years before our nightmare-hating heroes see their sweet dreams come true.