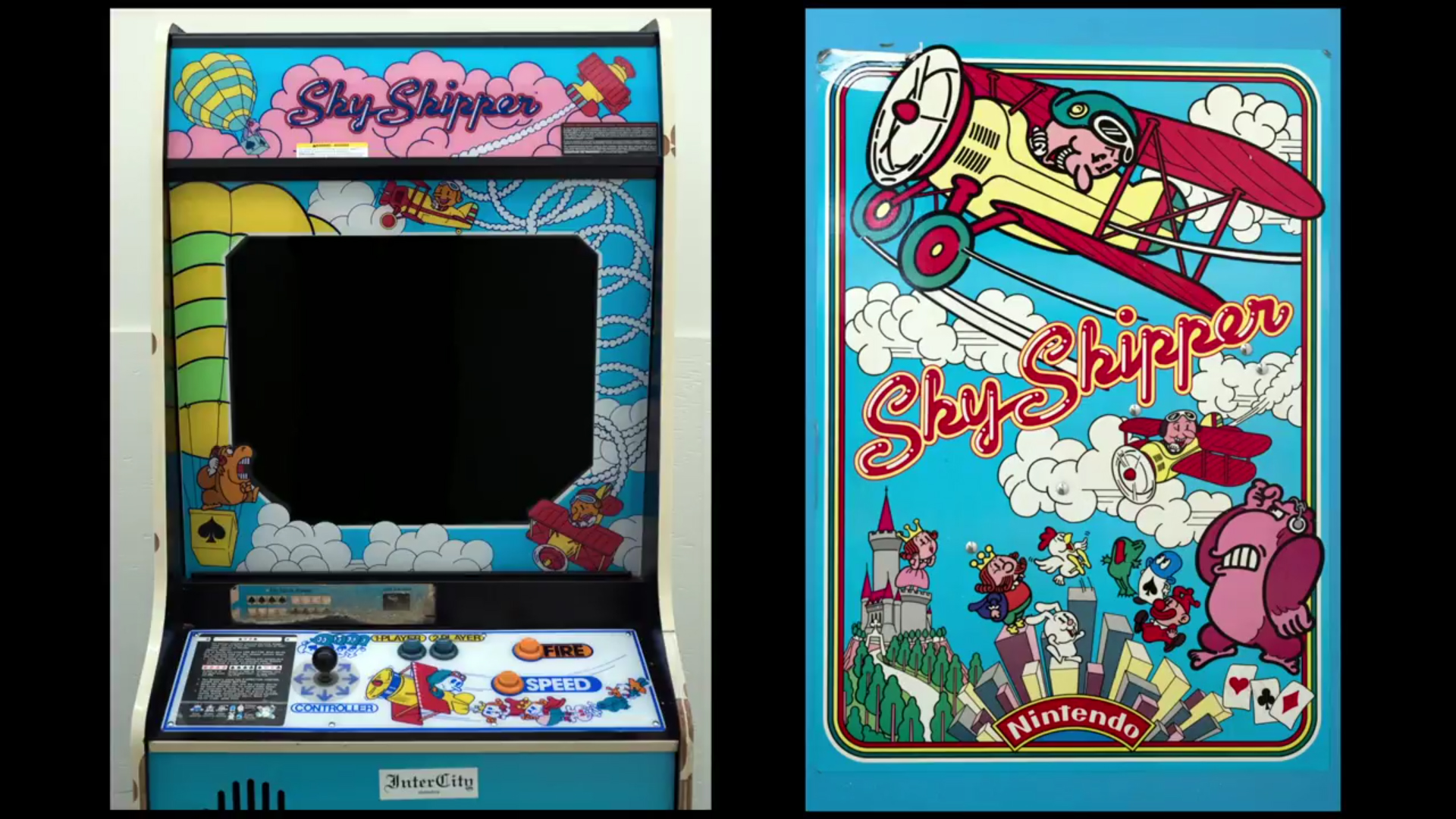 Along with the arcade version of Donkey Kong

Nintendo unveiled that the unreleased arcade game Sky Skipper will be coming to the Switch this July via the Arcade Archives line-up. This was a game originally made in the early ’80s with cabinet art done by Shigeru Miyamoto. For one reason for another, it never released, but 10 cabinets were made for test locations. Only one remains and that was where the rom for the game was pulled from.

Nintendo isn’t going to be touching up the translation for anything; this is the pure arcade experience as it was originally meant to be played. The only addition will be online leaderboards to share your scores, which should hopefully give Sky Skipper the competitive element it never had the chance to revel in.

Along with that, the arcade version of Donkey Kong is also coming to Switch. Coming is actually incorrect because you can download that right now from the eShop. This will be similar to Sky Skipper in that it will have online leaderboards to host your scores for the world to see. I’m sure we’ll get perfect runs in no time, so look out for that.

The arcade version of #SkySkipper is coming to North America for the first time! #ArcadeArchives Sky Skipper will be available on #NintendoSwitch #eShop this July. pic.twitter.com/jpuniJIVrv

#ArcadeArchives Donkey Kong is the first-ever release of the complete arcade version outside of arcades, and it’s available now on #NintendoSwitch #eShop! https://t.co/vzeeHxnZoZ pic.twitter.com/7YQh3h7JMT