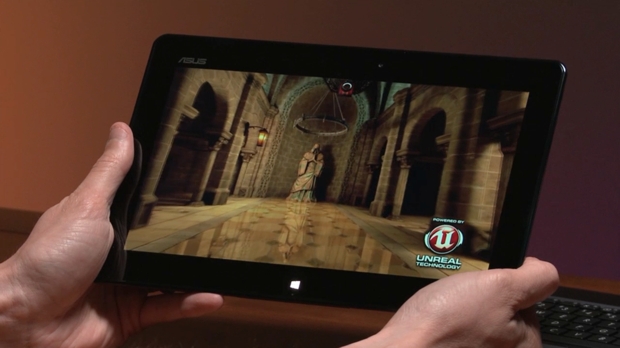 Mark Rein, Epic’s VP, said that they ported the full engine instead of modifying the mobile version, and that this should make it easy for devs to bring content to Windows 8 and Windows RT. The Windows RT code is available to licensees now.

This is a big deal for Microsoft and Windows as full, beefy games can be brought to mobile platforms.

What do you think about how it looks? Pretty slick for a tablet, I’d say.