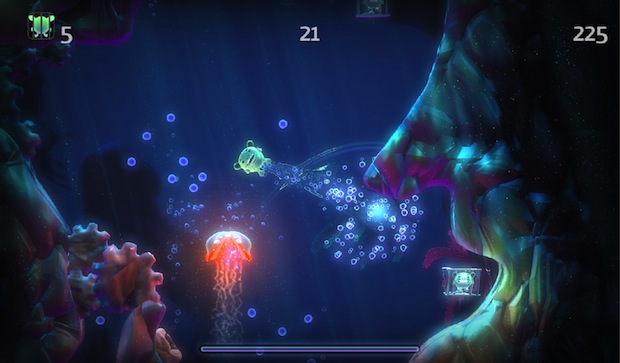 According to the official announcement this morning, the release of the UDK is for noncommercial and educational purposes only — those who seek to make some coin with the tool will need to buy it all proper-like.

This free-version will be updated and expanded by the UDK team and is said to be the same tools the big boys use. In addition to this, a mound of technical pages and support is available at the UDK’s official Web site, intended for hopeful developers who need such things. The UDK download is available at the site as well.

A few games have debuted with this announcement: puzzle game Whizzle (pictured above) and action game The Ball. Both of these games are available for download through their respective links.

On a tech note: at this time, these tools are for PC use, but Epic Games is considering whipping out console versions.

Check below the fold for the full press release, which has a nifty list of benefits of using the UDK — as if creating a duel-stick shooter where the shooting ship is Marcus Fenix’s head wasn’t enough of one.

Epic Games, Inc. announces the launch of the Unreal Development Kit (UDK), a free edition of Unreal Engine 3 that provides community access to the award-winning toolset like never before. This software release is available to anyone interested in using 3D game engine technology, including game developers, students, hobbyists, researchers, creators of 3D visualizations and simulations, and digital filmmakers. Anyone can start working with the industry-leading Unreal Engine 3 toolset by downloading UDK at www.udk.com, where detailed product features, technical documentation, commercial licensing terms, support resources and more are also available.

An unprecedented milestone in game development, the release of UDK awards free access to the same world-class tools and technology used by many of the world’s best video game developers and publishers. Unreal Engine 3 is a constantly evolving game engine, and UDK contains all the most recently added features and technological enhancements, including many that have yet to be seen in an Unreal Engine game. Furthermore, Epic Games will release ongoing, upgraded builds of UDK for free.

There is no charge for noncommercial or educational use of UDK. Over 100 academic campuses currently use Unreal Technology as part of teaching game development-related courses, and colleges with plans to incorporate UDK into their curricula include the University of Pennsylvania, North Carolina State University, The Art Institute system of schools, Drexel University, Westwood College, DeVry University and Atlantic College, with many others to be announced.

Individuals and companies wishing to develop software for commercial purposes should refer to licensing terms at www.udk.com/licensing. Commercial terms have been structured to make it easy for independent developers, start-up firms and seasoned professionals to use UDK with minimal financial barrier from concept to deployment. UDK is currently for PC use only, although console support is under consideration. Developers approved to make games for Xbox 360® and PLAYSTATION®3 may inquire for more information by emailing [email protected]

Benefits of UDK include the following:

“I’m excited about the possibilities the Unreal Development Kit opens to those who are looking to get into the game business but don’t otherwise have the means to acquire world-class technology and tools like ours,” said Mark Rein, vice president of Epic Games. “UDK is Unreal Engine 3, which has been used to create games in a wide range of genres, as well as military simulations, 3D architectural walkthroughs, animated movies and more. Users are only limited by their imaginations. Go ahead make something Unreal!”

Psyonix Studios (www.psyonix.com), a game studio based in San Diego, Calif., created the first proof-of-concept game using UDK in less than two months using a two-man team of one artist and one programmer. “Whizzle” is a downloadable vertical scroller in which players swim through underwater levels as an adorable sea creature that collects items and frees allies from captivity. To read more about “Whizzle,” view the developer diary video, or download technical documentation, visit www.udk.com/showcase-whizzle.html.

Until now, noncommercial access to the Unreal Engine 3 toolset has been available only through the PC versions of games such as Epic’s “Unreal Tournament 3” and “Gears of War” games. Users made new game experiences, called modifications or “mods,” by changing existing game assets or creating original content through the Unreal Editor tools that ship with every game copy. Many of these mods have been showcased through the $1 Million Intel Make Something Unreal Contest (www.makesomethingunreal.com), which awards over $1 million in cash and prizes to aspiring game developers.  While mods require running the original game for interaction with user-created content, UDK provides a standalone experience every time, meaning a smaller digital footprint and no additional software requirements.

“The Ball,” an award-winning “Unreal Tournament 3” mod by Toltec Studios (www.toltecstudios.com), is available now as a free UDK-powered download at www.udk.com/showcase-the-ball.html. Anyone authoring mods for Epic’s PC games can port their original content over to UDK.