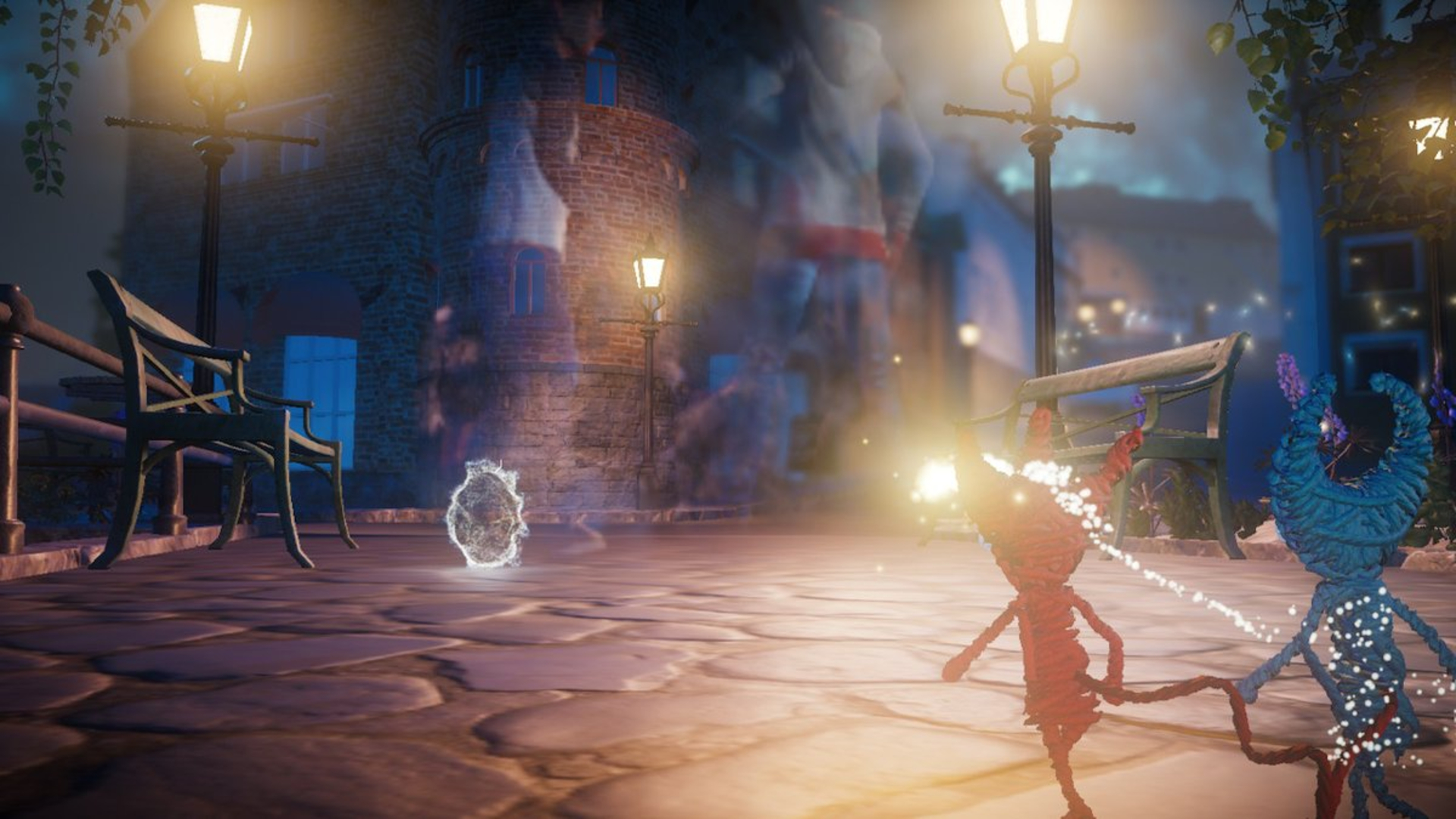 I’m not gonna lie, I had pretty big expectations for Unravel Two after reviewing the first one a few years back. Unravel had such a beautifully-built natural world with warm, glowing graphics that really made me feel at peace.

Unfortunately, Unravel Two has a bit of a darker, industrial setting — and placed on a system that isn’t really known for its graphics power, it becomes an even sadder, confusing world that is difficult to navigate. 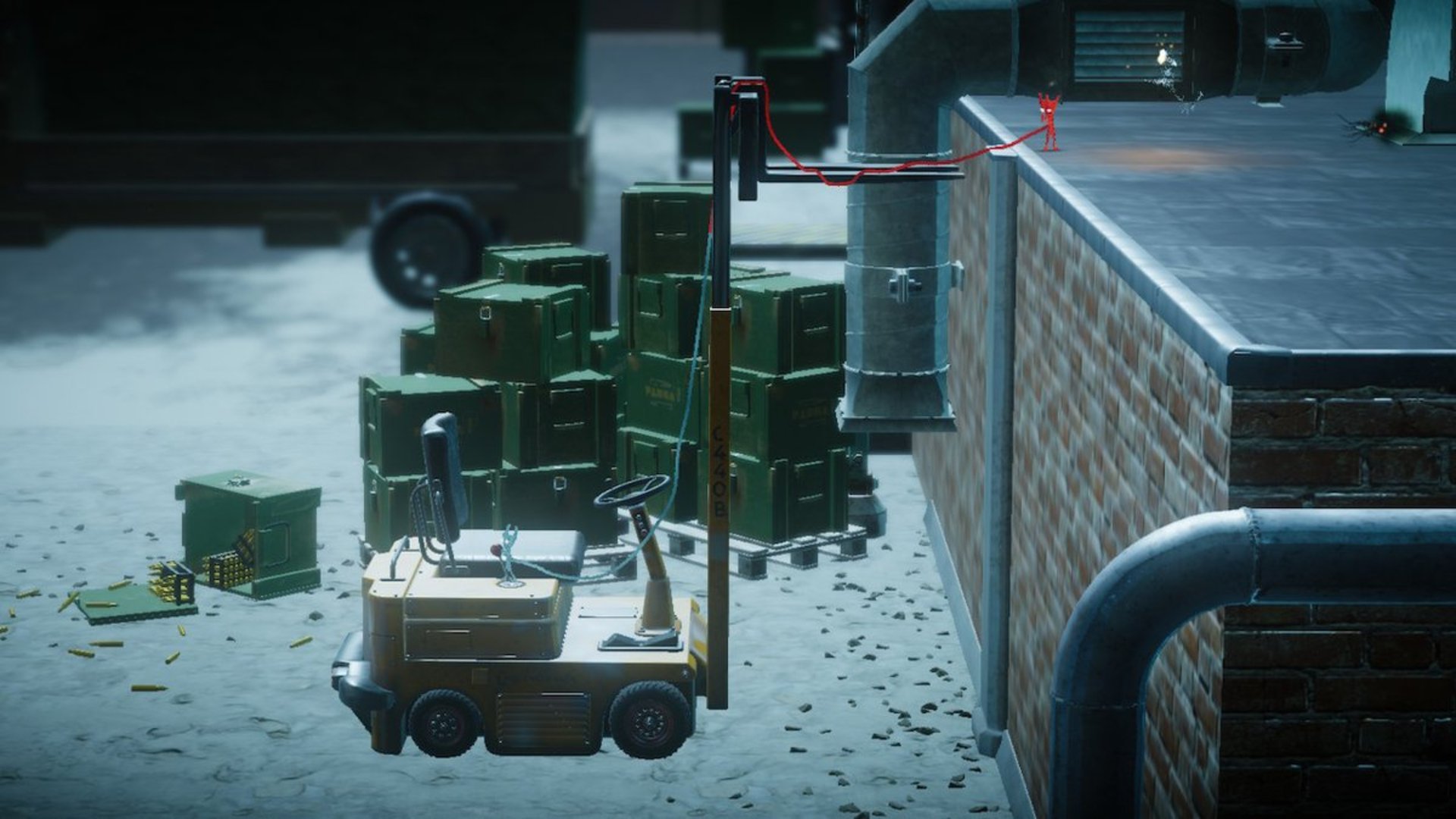 The textures and graphics in Unravel Two are a fair bit “off” on the Switch, so much so that me and my husband just stared at the TV for a few minutes, wondering if it was still streaming the game’s textures in. I had to take a look back at my first review to remind myself of the difference, and it’s literally night and day. Unravel Two’s setting is in caves, dark forests, and bullet factories (yes, literally) — which is a huge difference when contrasted to the first game’s bright, snowy and sunny settings. These dark locations, coupled with the poor definition in textures, make it very difficult to tell depth of field and define where you can step and where you can’t.

On the Switch, you’re able to switch between “performance” or “graphics” modes, the latter supposedly being optimized for textures, despite it being pretty bad either way. To be honest both modes are pretty much like playing a mobile game — it’s always difficult to know what platforms you can interact with. Even under the performance mode it was sometimes slow, or the physics would be off. 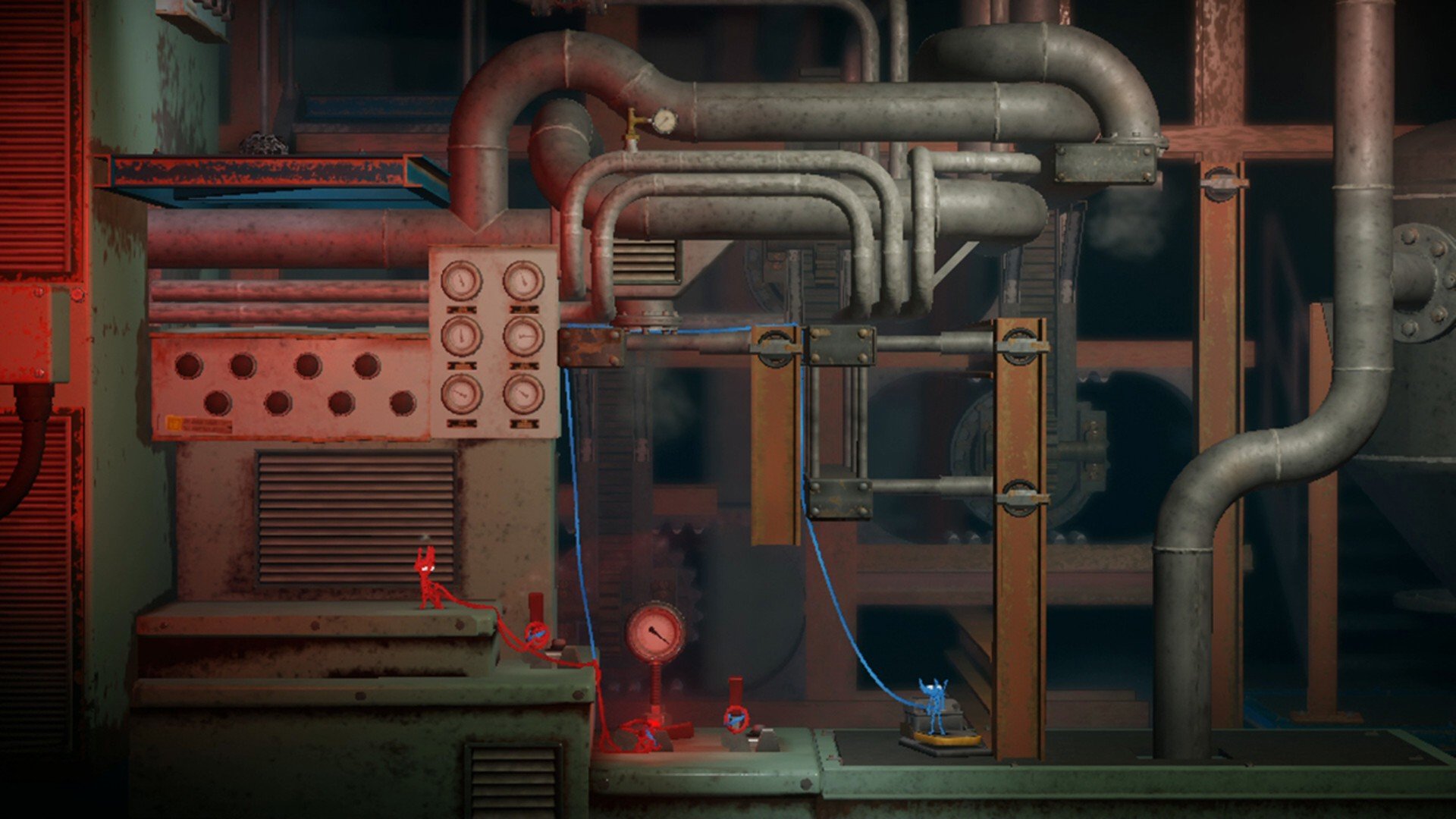 The main benefit to Unravel Two on the Switch is having even more co-op multiplayer options that you can take on the go. I will say that it is slightly more manageable to play on the actual Switch itself given it’s a four-inch screen, and as long as your brightness is turned up all the way, it is possible to have a slightly better experience. Also, since the puzzles aren’t too intense, and the levels are fairly short, it’s a good example of a game that can be played in smaller chunks.

Overall I can’t entirely recommend getting Unravel Two for the Switch unless your main goal is to have more portable co-op options. It’s a shame because the Switch is the de facto system for these kinds of games, but I can’t really recommend it given the distracting nature of the graphics and textures. Yarny and his companion are better suited for a more performant system.