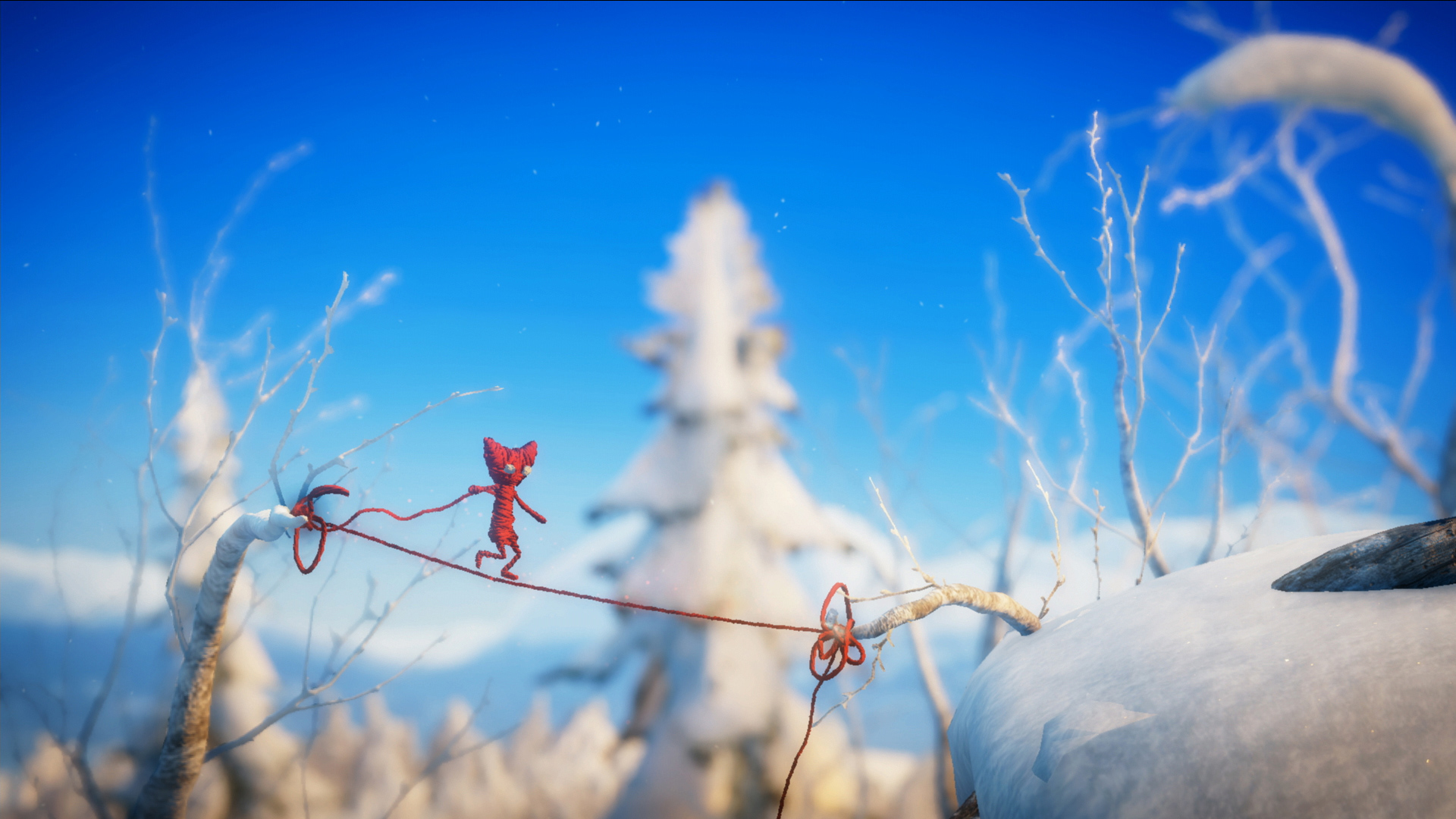 Unravel is probably on your radar by now, but if it isn’t, I’ve got a trailer for you!

This is a puzzle-platform game from Coldwood Interactive and EA about a tiny yarn character who ventures out into the big wide world. Yarny can unravel himself to latch onto branches, create tightropes, and do other things of that nature. The twist? There’s only so much yarn in his body. He’ll have to use it economically, or else he will get stuck, unable to continue his journey.

Besides the rather great trailer, today’s news is that Unravel will be out for PC, PlayStation 4, and Xbox One on February 9, 2016. It’ll be $19.99. There have been so many good puzzle platformers these past few years, and I was burned out on them for a while there, but I’ll be ready for this.