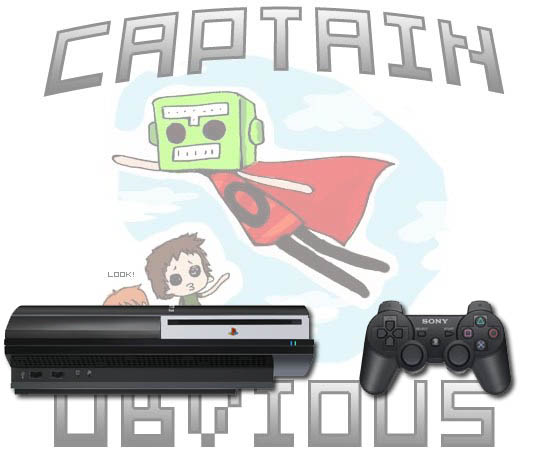 The backwards compatibility-challenged PS3 we’ve all been talking about may be available in the US by November 2nd, if Hollywood Reporter is to be believed. Of course, our hero Capitan Obvious has to make a quick fly-by.

Sure, HR their unnamed “industry source”, and a buyer from a major retailer was willing to say the same thing, but Destructoid has been all over this for months, and the real credit goes to Ars Technica for throwing this out there in early September.

HR says that he word is that SCEA has been dropping hints to retailers, letting them know that they should clear out current models to make way for these 40GB ones. Easier said than done, right?

As expected, this PS3 be the same version that our European friends are getting. That means that they will come with only two USB 2.0 ports, HDMI and Wi-fi, no memory card ports, and no PS2 backwards compatibility.