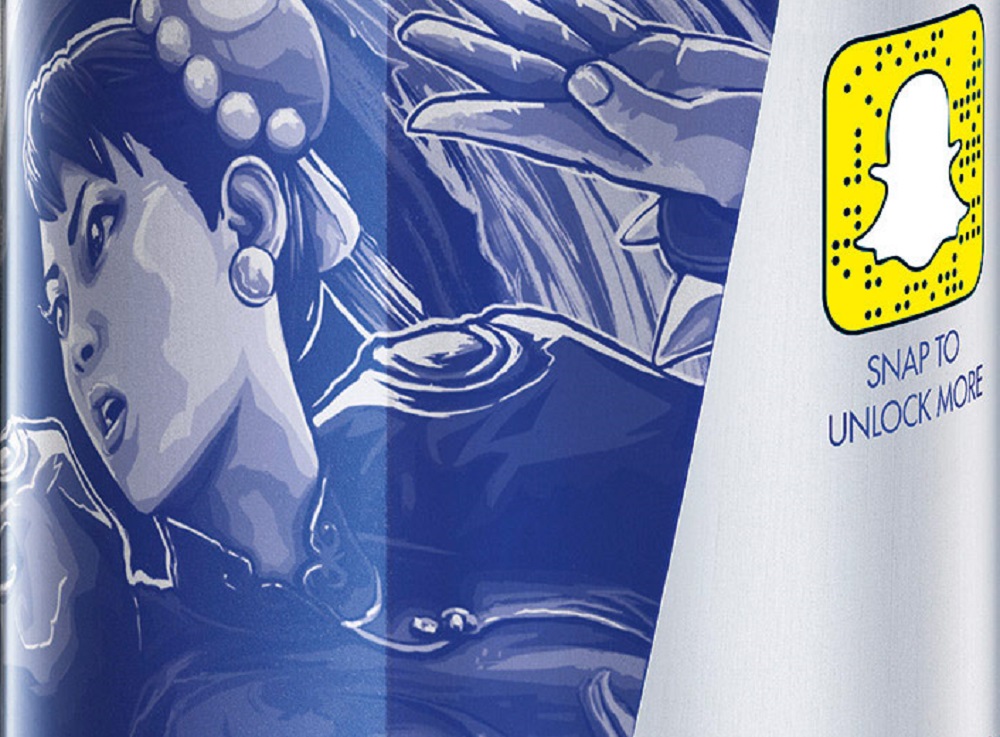 Popular energy drink Red Bull have once again partnered with Capcom to cross-promote within their flagship fighting game, Street Fighter V. Players can unlock a range of exclusive costumes in the game just by downing cans of the beverage, “enjoyed” by pro-gamers the world over.

Codes are stamped underneath the ring-pull on the limited edition cans, which can then be used to unlock costumes in the PS4 edition of the game. These special promotional cans will be made available worldwide, with the codes being valid until April 30. Each PSN account is limited to 16 redemptions, for those of you who hate sleeping.

There are five cans in the range, featuring images of characters Ryu, Chun-Li, Ken, Zangief, and Guile. These also feature a code that can be scanned to unlock corresponding Snapchat filters, which I think The Kids are into these days.

The exclusive costumes can be seen in the gallery below. If you think Akuma wearing a Red Bull-emblazoned Gi is a good look, then brother, I don’t know what to tell you.