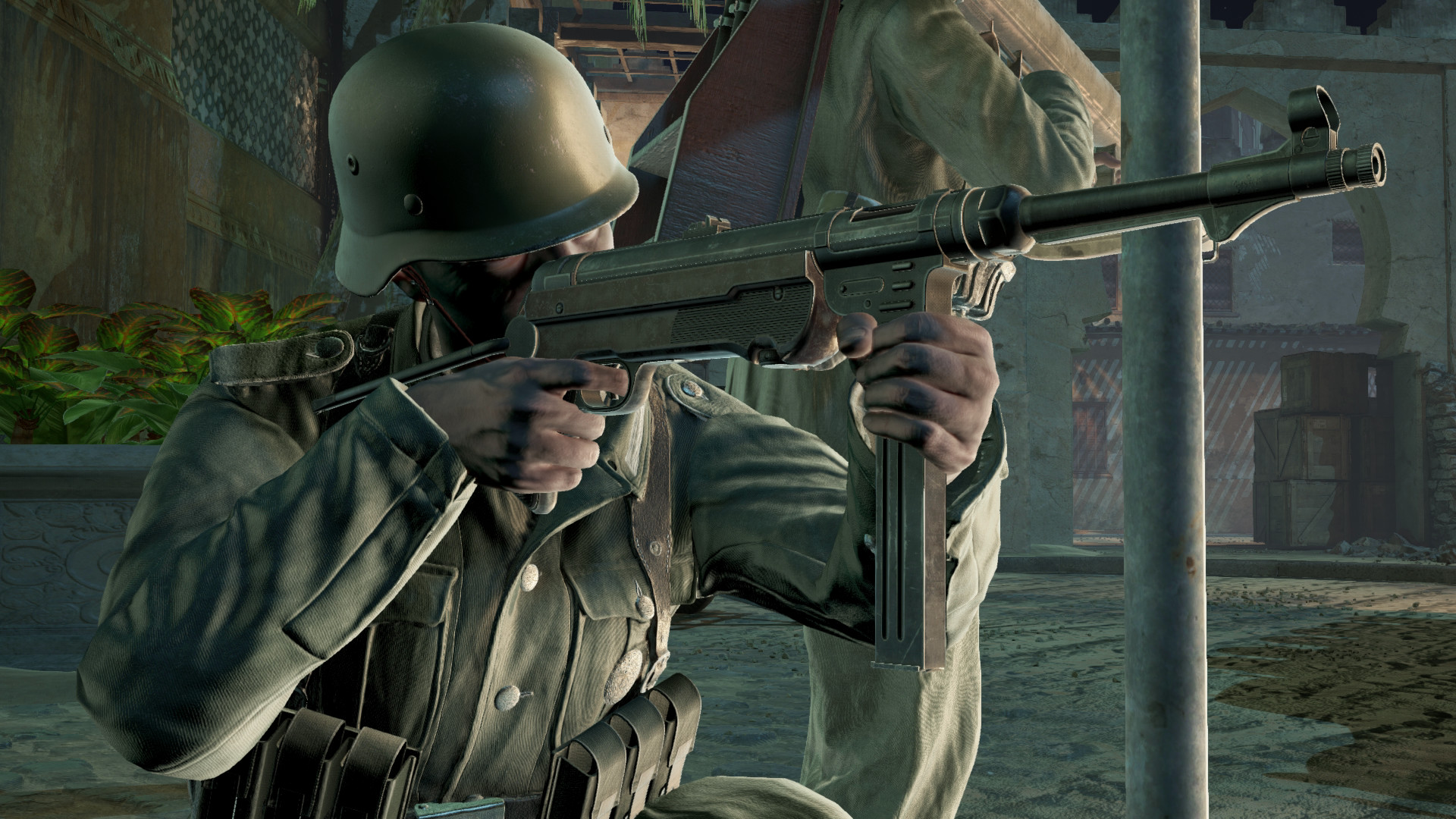 [This week, Destructoid is sponsored by Days of War, a competitive online first-person shooter that reimagines the team-based, closed quarters, non-stop action of classic World War II multiplayer shooters. This is a sponsored post.]

To coincide with bloody WWII shooter Days of War‘s official Steam release, we’re honing in on unique and horrible weapons humans invented to kill each other with circa the early 1940s.

More like Panjan-dumb, amirite? Like, who looks at this thing and gives themselves a high five for a job well done? Designed by the undoubtedly prestigious British Admiralty’s Directorate of Miscellaneous Weapons Development, this rocket-propelled monstrosity was intended to destroy Nazi beach defenses. But internal tests proved so disastrous that the Panjandrum never entered service.

Oh well, at least Star Wars eventually got it right.

No need to check “doesthedogdie.com” on this one. Russians, generally known as the bastion of benevolence and grace, decided to load up their furry best friends with explosives and send them to detonate underneath enemy tanks. Unleashing the dogs of war didn’t work out so great, however, as the dogs often got confused. Some even returned to their masters for some explosive cuddles. Germans also learned to shoot dogs on sight, so this is definitely an ESH situation.

Japanese war balloons were a surprisingly passive attempt at mass murder and destruction coming from the military responsible for Pearl Harbor and kamikaze pilots.

The unmanned balloons were loaded with explosives and essentially sent on their way in the hopes the wind would carry them towards U.S. territory. Some say these dumb-ass balloons are still drifting today, searching endlessly for a release to their meaningless existence. Just kidding; they all pretty much crashed into the ocean.

This diminutive, joystick-operated tracked mine was known as the Doodlebug by American troops. Like the Russian hot dogs, these were intended to slide under enemy tanks and do their biz, and these turned out to be substantially more successful. Improved models were introduced as the war raged on, paving the way for more modern radio-controlled weapons.

This curved barrel attachment for the German Sturmgewehr 44 assault rifle was designed to allow shooting around corners while protecting the user. As silly as it sounds, it actually worked, but only in a limited capacity. Approximately 150-300 rounds could be fired before the attachment became too damaged to function properly.

What’s that? After reading this article about puppies and balloons you’re wondering where you too can experience the excitement of World War II? Look no further than developer Driven Arts’ just-released Days of War: Definitive Edition, currently available for 20% off on Steam!

Major features at launch include 12 maps from around the world, an arsenal of 60 unique guns, 32-player battles, custom map and modding tools, and multiplayer bots if you feel bad about killing real people.