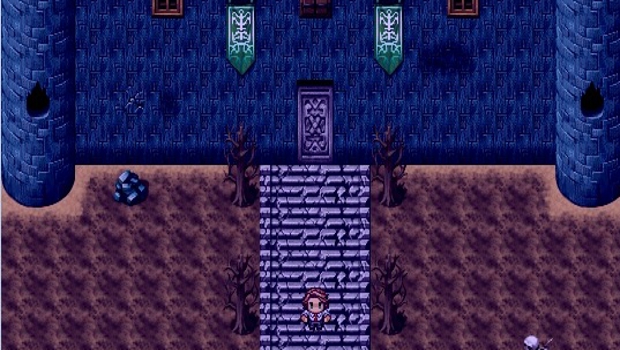 The specter of unemployment is a pretty foul thing, especially these days. Most stable full time jobs have ridiculous numbers of applicants and young people dipping their toes into the job market now face a tough time. This is what 26 year old Charles DeYoe experienced when he graduated from SUNY-Buffalo last year. Tired of people saying it was his own fault, he decided to take the initiative. He crafted a game loosely based on his hunt for work: Unemployment Quest. He describes it as a “non-epic role-playing game.”

Players must fight through a variety of obstacles such as the “1%,” who intimidate rather than fight, online job applications, and emotional states such as doubt or shame. It clocks in at around four hours long, and the final portion of the game is a job interview in a department store. You never find out if you get the job or not, emphasizing the uncertainty of being unemployed.

DeYoe has been doing all the work himself; doing all the coding, art and creating the soundtrack. Unfortunately, making a game when you have zero income is hardly a walk in the park, and DeYoe hit a brick wall. Good thing this Kickstarter craze is still in full swing. He started a campaign to raise $1000 so he could distribute the title. There’s no doubt about it that it was a success, he’s got over $8000 in pledges now.

The jobless-gent-turned-game-designer has gotten a lot of support from both gamers and the horde of folk still unable to find work. I know exactly what it feels like to graduate and then find no work beyond part time crap that doesn’t even cover rent. It’s what drove me to write more. Not surprisingly, there have also been detractors. His campaign was featured on another site, where folks questioned his need for the capital at all, while others criticized him for making a game when he doesn’t have a job. Some people obviously haven’t heard of self-employment. No employer? Better not create anything, guys.

With the extra money he’s been pledged, DeYoe plans to make more physical copies of the game which he’s bringing with him to ConnectiCon this year. I wish him the best of luck, it’s great seeing someone working hard to get out of their rut, especially when it means they are making videogames.

New Video Games Takes on the Challenge of Being Unemployed [USNews.com]