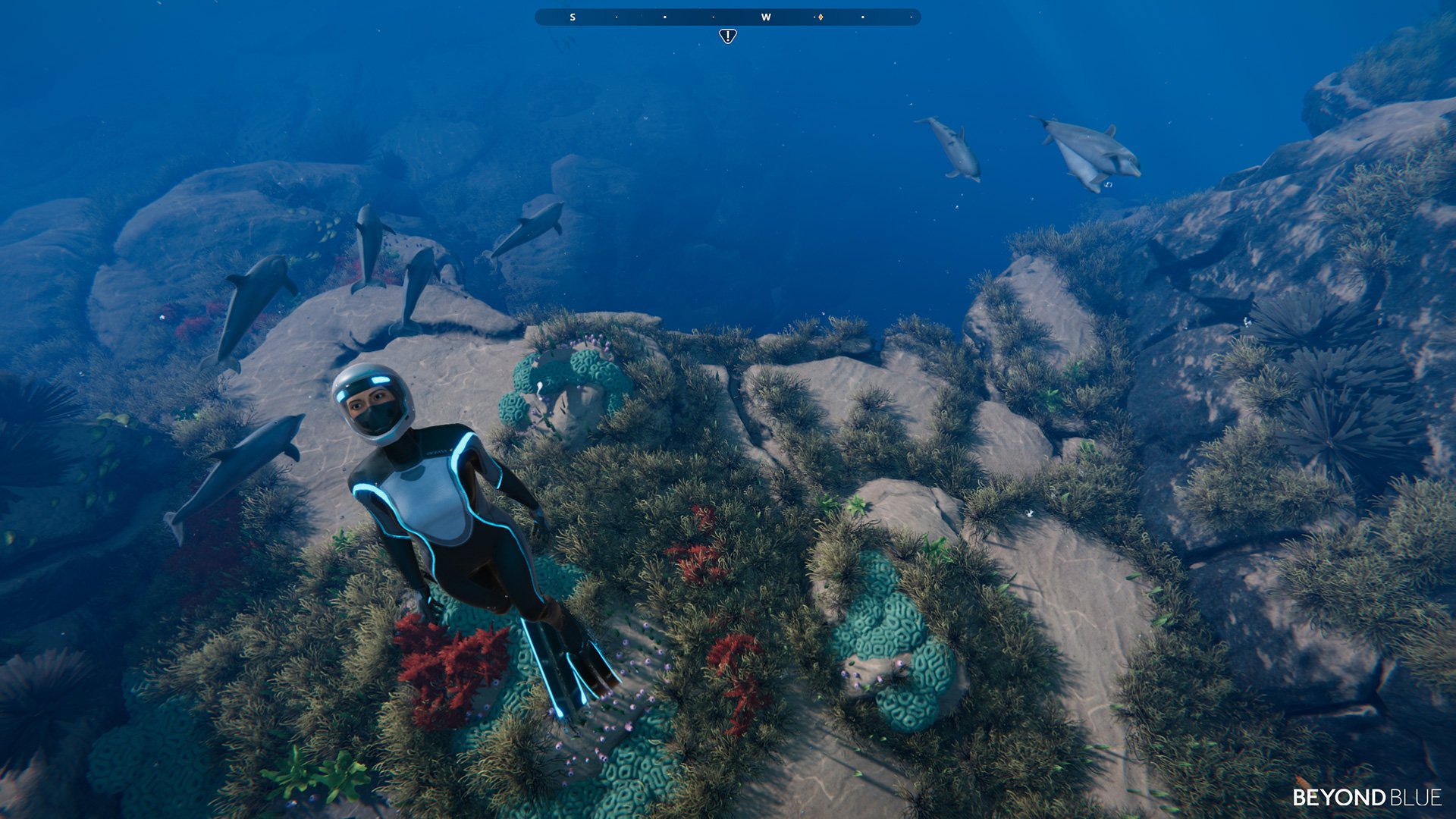 The next best thing to a potential Endless Ocean 3

E-Line Media’s oceanic adventure Beyond Blue launched last week on Apple Arcade, and while I adore the premise of an educational-focused diving game produced in collaboration with BBC Studios, I can’t exactly say that’s something I want to experience on a cramped phone screen. I’d much rather soak up the soothing ambiance on a TV. Thankfully, the Apple exclusivity window won’t last for too long.

Revealed on an Earth Day live stream, Beyond Blue is coming to PC, PlayStation 4, and Xbox One on June 11, 2020 – the same week as World Oceans Day. In the game, you’ll go on eight dives and use near-future technologies to “see, hear, and interact with the ocean in a meaningful way.”

“We have taken care to craft a visual and audio experience that immerses players in the beauty of the ocean and the amazing creatures that inhabit it, while hopefully doing so with some interpretation and artistry,” said creative director Michael Angst. “Players will explore diverse environments ranging from a sun-dappled, oasis-like atoll down through the gauzy blue ‘twilight’ zone where only the faintest amount of light reaches to the midnight of the abyssal zone, where rarely seen creatures produce their own light in an environment otherwise devoid of light.” There’s an eerie beauty, for sure.

It’s not going to be the most thrilling game, but I appreciate a calm approach. I also love that the soundtrack is a mix of Miles Davis, The Flaming Lips, and original compositions. Making the most of the BBC partnership, Beyond Blue has 16 “Ocean Insights” mini-documentaries with real-world footage.

Basically, if you dug Blue Planet and need more of those vibes in your life, you’ve got to check this game out. The Apple Arcade version is certainly one option – especially if you can play on Apple TV – but I’ll be holding out for the wider release. Beyond Blue will cost $19.99 when it launches June 11.

Now if we can just get Endless Ocean on Switch.