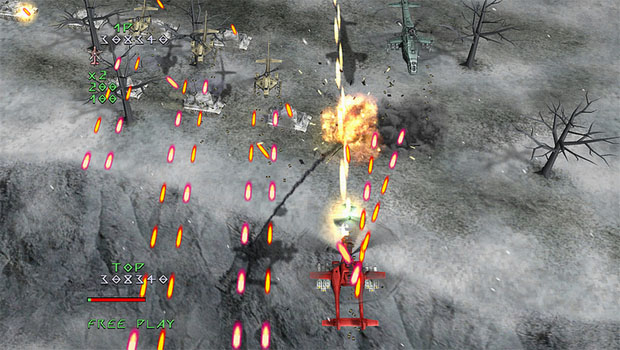 The Dreamcast may have been discontinued back in 2001 here in North America, but Sega’s venerable machine continued to truck on for several years thereafter in Japan. While independent games still continue to be released for the system, a shoot’em up by the name of Under Defeat was among the last titles to see an official launch in the Dreamcast’s final throes.

Now, thanks to the magic of the localization specialists at Rising Star Games, PlayStation 3 owners will now have a chance to enjoy an enhanced version of this arcade classic.Under Defeat HD: Deluxe Edition is now available exclusively through Amazon. Thirty bucks will net you a copy of the game, a soundtrack CD, and the all-new VKL6.02(A)P chopper seen in the video above. But if you’d rather skip out on all that packaging and musical goodness, there is also a digital release planned for next week’s PlayStation Store Update.