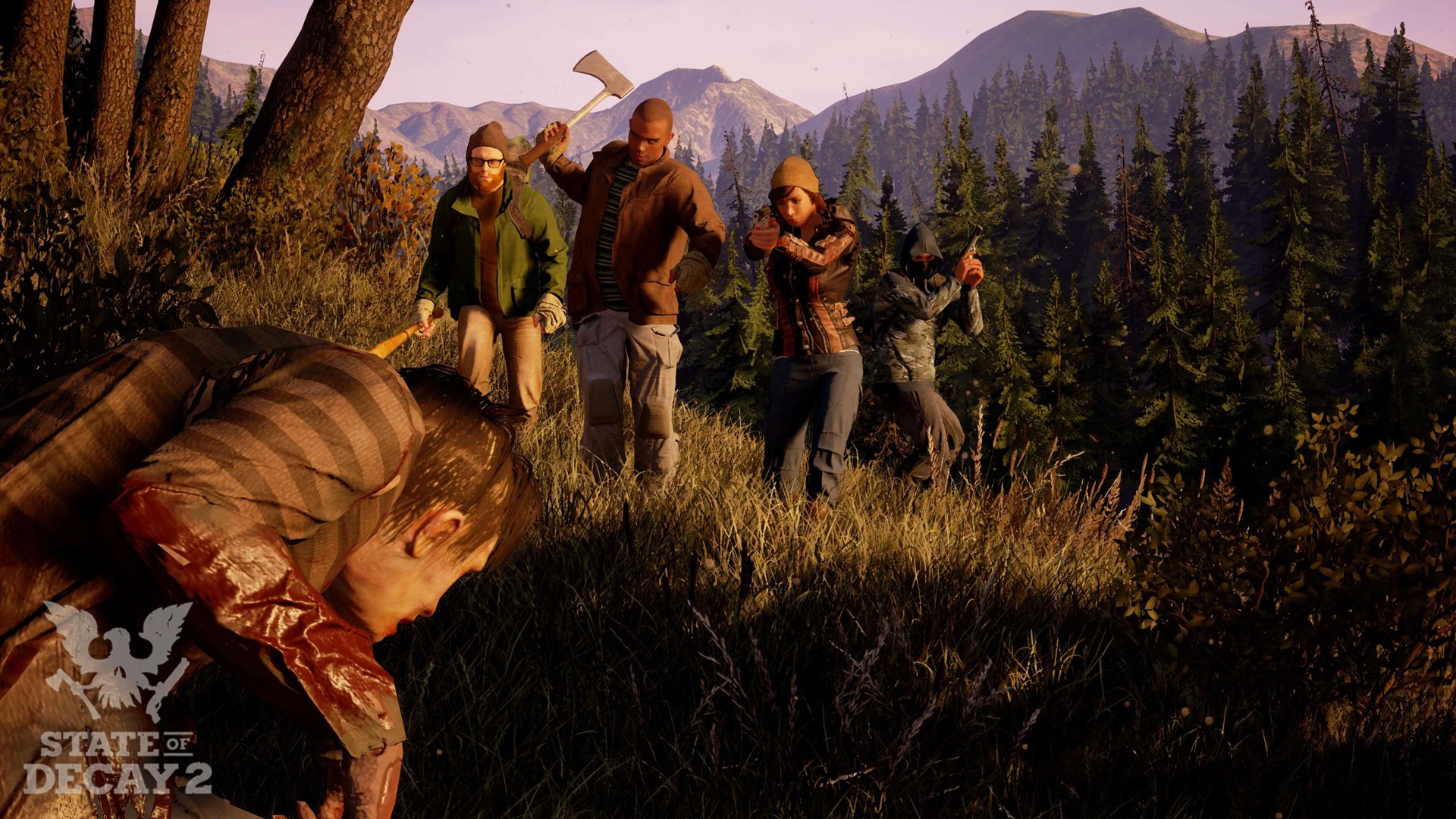 Despite some rough patches, State of Decay made its mark as a memorable zombie survival sandbox game with some genuinely interesting ideas. I wasn’t as head over heels with it as some of you surely were, but I am looking forward to this year’s sequel on Xbox One and Windows 10 PC, definitely.

A recent pair of blog posts out of Undead Labs has placed State of Decay 2 back on my radar.

The first post — which is said to be a four-parter! — covers the survivors. “Just as in the original State of Decay, you don’t play as any one individual,” says the studio. “Instead, you’re a community of survivors, all of whom have their own unique combination of appearance, traits and needs. It’s up to you to manage and satisfy these needs while executing your strategy in pursuit of not just surviving, but instilling belief among your community that tomorrow will be a better day.”

Little do these dynamically-generated people know that under my “care,” most won’t thrive in the post-apocalypse, much less survive. That’s the beauty of State of Decay, though.

Another post talks about the maps. Yep, plural. “We’re finally far enough along that I can safely tell you: We are launching with THREE maps. Each roughly the size of the original. You should expect to see slightly different environments, definitely different landmarks and locations, different layouts lending themselves to different strategies, unique home sites, and even different mission types.”

The idea is that you’ll be able to take your survivor community (including whatever is in your lockers and rucks) between the different maps. “We’re also going to get at least a partial refund on what we sunk into building our facilities,” reads the post. “That’s the intention, anyway.”

With these details in mind, the game is starting to come together for me. I’ll have generally higher expectations than I did with the original game, but I like what I’m hearing so far — particularly the notion of four-person co-op where every player “maintains command of their own personal community and roster of characters.” That should provide some good laughs.