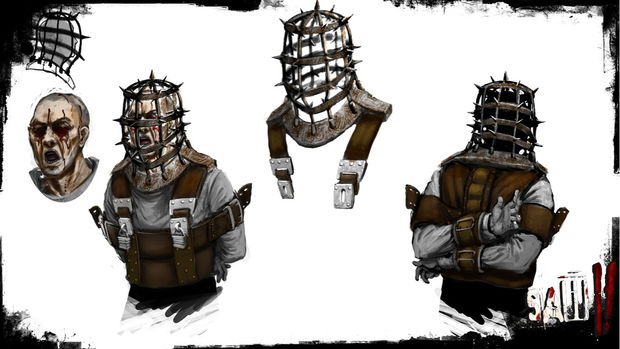 Mark it on your calendars — Konami has announced an October 19 launch for Saw II: Flesh and Blood for Xbox 360 and PlayStation 3. Because one Saw game just wasn’t enough.

Not surprisingly, the game hits shelves “just in time” for the release of the seventh (holy s**t!) Saw film, Saw VII 3D. To go along with the release date announcement, Konami has also release a slew of concept images for the title, which shows off some of the title’s puzzle traps, including “The Crusher” and “The Rammer.” The traps, unsurprisingly, are designed to make you crap your pants.

“Just the silhouette of the character in the trap had to make the viewer uncomfortable,” said producer John Williamson. “You had to know instantly that something bad was going to happen to this person if you didn’t get them out.”

Go on, take a gander. Scared yet?