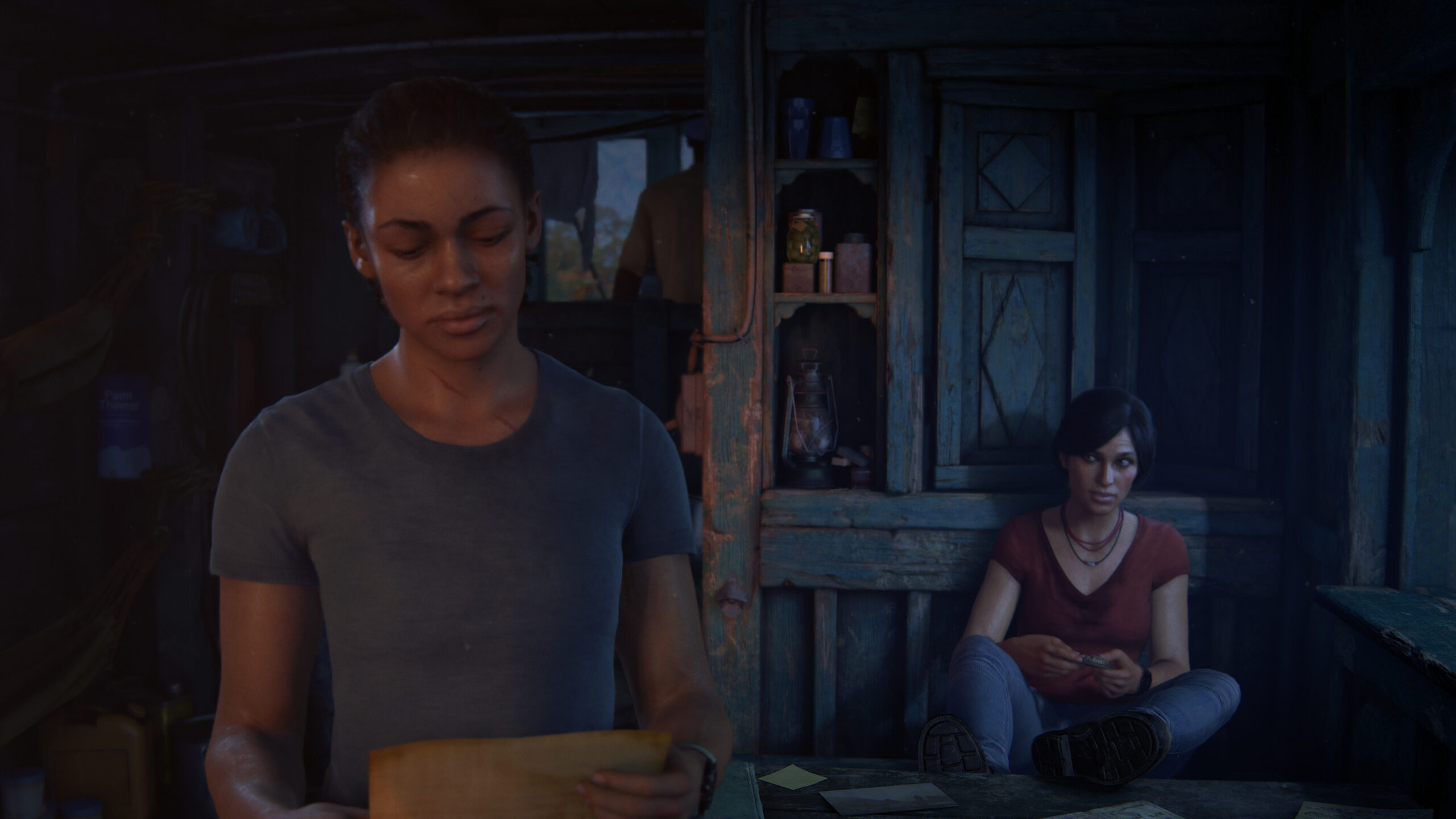 I ended up really liking Uncharted 4: A Thief’s End because of its story. The wild action setpieces were well paced and there were plenty of smaller, quieter moments that resonated. Everything felt in service to a story about people and their relationships, the same threads that underpin classics like Indiana Jones.

When Sony announced the standalone, Chloe-led Uncharted: The Lost Legacy, the trailer seemed a bit different from Uncharted 4.

But between last night’s trailer and the 15 minutes of uninterrupted gameplay I saw in a meeting on the E3 showfloor, Uncharted: The Lost Legacy actually looks a lot like its predecessor. Chloe and Nadine still use the grappling hook that added a new wrinkle to A Thief’s End‘s platforming. At one point the floors breaks away under Chloe and she goes careening down a mud hill with an “Oh shiiit,” which I hope is her “Crap! Crap! Crap!”

Even the giant armored vehicle with a mounted heavy gun that menaces Drake in the last game almost like Friday the 13th‘s Jason is back. There was a lengthy shootout deep in India’s the Western Ghats mountains where one of those trucks managed to find enough traction in the rubble of ancient civilization to keep busting through walls like the Kool-Aid mad trying to fuck up Chloe and Nadine’s day.

Actually the presentation peaks with the pair, after escaping briefly combat in an aqueduct, getting roughed up by that truck when busts through another wall. In a cutscene, the truck door opens and the game’s bespectacled villain, Asav, exits to reclaim an artifact Nadine and Chloe knicked and deliver a menacing monologue about war and sacrifice.

The demo ended with a quick cut to black after he points a gun at Chloe’s head, presumably about to kill her, though that feels a bit dramatically inert given that she’s the main character. A Thief’s End did add enough to the gunplay and its pacing that The Lost Legacy will probably be fun enough to play, but it’s going to be Naughty Dog’s story that puts it over the top if anything. We’ll find out in August.