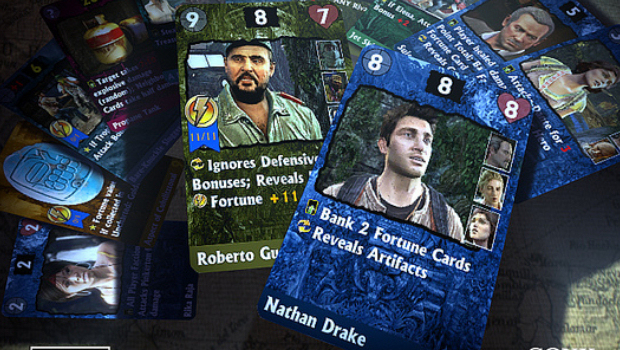 A new spin-off is on the cards

An all-new Uncharted game is coming to PlayStation Vita, but unlike Golden Abyss, it’ll be taking a less traditional approach. Uncharted: Fight for Fortune is a card-based strategy game that seems to have a tiny bit of inspiration from the PSP’s Metal Gear Ac!d series.

The aim of the game is to use Faction cards detailing heroes and villains from the series and build a deck that can outmatch the opponent’s. Resource and Fortune cards can be played alongside them, granting the Faction card stat boosts and abilities.

Interesting! I’m not the biggest Uncharted fan in the world, but this looks like a neat little spin on the series. Looks like the fanbase isn’t too keen on the idea, though — are we looking at another mad hatred of a spin-off that commits the crime of spinning off? Time shall tell.