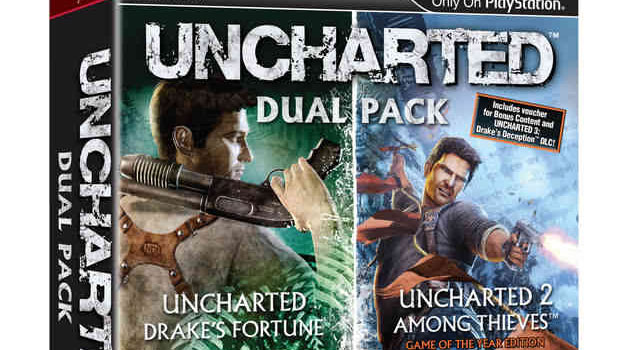 If for some reason you own a PlayStation 3 and haven’t played either of the Uncharted games… what’s your deal!? Here’s your chance: Sony is releasing an Uncharted Greatest Hits Dual Pack, and it’s hitting shelves next week on September 6.

The pack will feature both Uncharted: Drake’s Fortune as well as its follow up, Uncharted 2: Among Thieves Game of the Year Edition. The package will also come with a “Super Voucher” that contains all of the DLC content from Uncharted 2 GOTY of the year addition, as well as bonus Uncharted 3-related DLC goodies. That includes a Nathan Drake PSN avatar and an Uncharted 3 dynamic theme.

You’re looking at spending $39.99 on the bundle. Both games are well worth the $20, so check them out if you haven’t already. And speaking of which, what’s your excuse (outside of not owning a PS3) for not having played them yet?